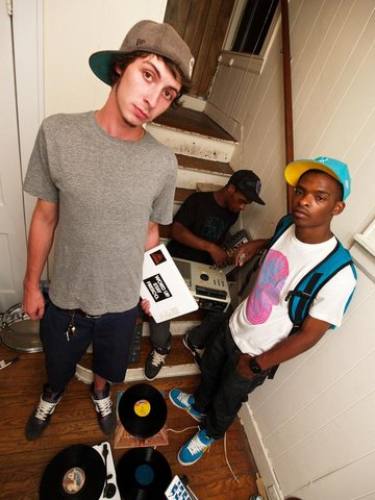 
Combining an array of influences and a diverse musical background, Two Fresh’s sound is difficult to describe but impossible to ignore. Built on a foundation of instrumental hip hop, their music seamlessly incorporates elements of sampling, a tight low end and catchy synth lines, with a strong beat always at the cornerstone.


On stage, audiences are treated to the addition of Colby Buckler, regarded as one of the strongest drummers in the live electronic music scene today. This energetic trio continues to bring exciting new performances to crowds across the country as their sound naturally evolves. Before twin brothers Kendrick and Sherwyn Nicholls even turned 21, Two Fresh had already landed a label signing with 1320 Records on the merit of extensive successful touring across the east coast. Within a short few months, their first album “The Baker’s Dozen” was released to their devoted fan base.


Fast forward to 2011 and Two Fresh has already graced the lineups of multiple major US festivals including SXSW, Electric Daisy Carnival, Wakarusa, Starscape and North Coast. Alongside fellow producers Jables and Bookworm, Two Fresh established the Lab Coat beat collective in the musical hotbed of Asheville, NC.  Together Two Fresh and Labcoat bring a new presentation and sound to electronic music in the Southeast region.