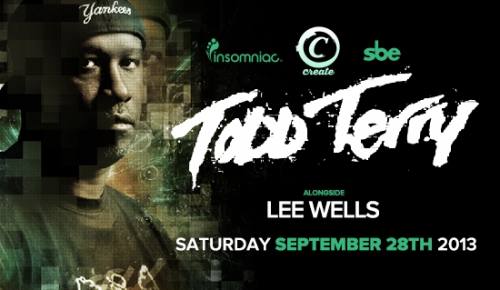 What: Todd Terry at Create

Grammy Award nominated DJ/Producer Todd Terry has been engulfed in dance music since he first started listening to European dance music records while growing up in Brooklyn. Already devoted to turntables, he heard something different in those tracks, and he “went for the difference". "I never got a break in New York, but England happened right away, so I catered to them.” In any event, the Todd Terry sound was born.
About | Advertise | Contact | FAQs | Terms of Use | Privacy Policy | Accessibility Policy © 2021 - TheUntz.com. All rights reserved.