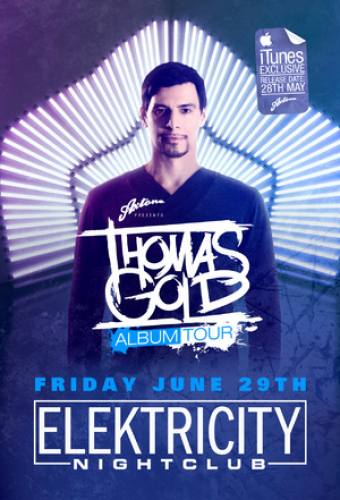 Thomas Gold is a Berlin-based DJ and producer who within the last couple of years has released a string of smash singles, played the planet's foremost clubs and festivals, remixed some of the biggest pop acts in existence, and garnered praise from a whole host of his contemporaries.

Although Thomas has been building momentum since his first releases back in 2006, his run of original productions in 2010 and 2011 have been a key factor in his staggering recent success. And looking over the labels he has worked with in this time—some of modern club music's most widely recognised—should only emphasise this point.

Mark Knight's global institution Toolroom have welcomed Thomas for a trio of singles—"Marsch Marsch", "The Button" and "Work That / Kananga". Legendary Dutch imprint Spinnin' hosted Thomas' link-up with Alex Kenji, "What's Up". He followed up "Areena", his collaboration with David Tort and David Gausa on Phazing Records by linking up with label head Dirty South on "Alive". And then there was "AGORa", his debut release with Steve Angello's Size, which was followed soon after by his massive rework of Fatboy Slim's "Star 69" on Skint.

Thomas' sound can loosely be described as progressive house that draws in influences from electro, trance, techno, minimal and tribal. His music is known for his heavy and impeccably constructed drum sounds, catchy melodies, massive chord sections and, of course, his energetic and uplifting builds.

His thirst and talent for DJing, coupled with the aforementioned run of singles, have seen him amass an enviable list of bookings, just take a look at his 2011 by way of example. In the first half of the year Thomas bagged a spot on the bill for Swedish House Mafia's Masquerade Motel party during Miami Week, and then returned to the city in June to headline Space. SHM then welcomed him back to play their stage at the Las Vegas Electric Daisy Carnival and their residency at Pacha in Ibiza.

As for the rest of year? That took in festival slots at Creamfields and Tomorrowland, clubs gigs at Sankeys and Ministry of Sound Club in the UK, and a special New Year's Eve set at Kool Haus in Toronto together with Steve Aoki. And as part of Steve Angello's Size Matters events, Thomas played to massive crowds at Governors Island in New York (as well as the after party at Pacha), Fontainebleau in Miami, and Escape From Wonderland in California, culminating in a giant New Year's Day party at White Wonderland in LA.

The other integral part to this story, of course, has been Thomas Gold's remixes. Sander van Doorn, Jay C & Felix Baumgartner and Moguai have all come in for recent treatments, while Thomas teamed up with Axwell to great effect, remixing Hard Rock Sofa & St. Brothers' "Blow Up." Perhaps most striking of all, though, have been Thomas' pop reworks. Not only did he do a number on Lady Gaga's "Judas", but his majestic version of Adele's "Set Fire To The Rain" is currently sitting somewhere in the region of 12 million views on YouTube. (Yes, you read that right.)

As a further sign of the faith that fellow artists have placed in him—and indeed the incredible year he has just experienced—Thomas was name-checked as a one of the breakthrough acts of 2011 by Swedish House Mafia, Sander van Doorn, Cosmic Gate and Axwell, as DJ Mag quizzed them as part of their annual Top 100 coverage.

Looking further ahead and Thomas' GoldCast, started out in May 2011 as a platform for Thomas' tastes, will undoubtedly continue to flourish alongside his weekly radio show. The early stages of 2012 will see Thomas step to Axwell's Axtone label for his debut full release "Sing2Me".
After scoring an Essential New Tune accolade with their previous collaboration ("Alive"), Thomas and Dirty South's "Eyes Wide Open" has just hit the scene and is shaping up to be equally well-received.

"The last 12/18 months have been fantastic for me," says Thomas in summary. "I really feel that I've found my sound. It's great to get the support from a lot of my peers and to get the opportunity to work alongside some of my idol DJs and producers has been a real honour. Most importantly, the fans seem to be into what I'm doing, whether producing or what I'm playing in my sets—their reaction is why I love to do this!" 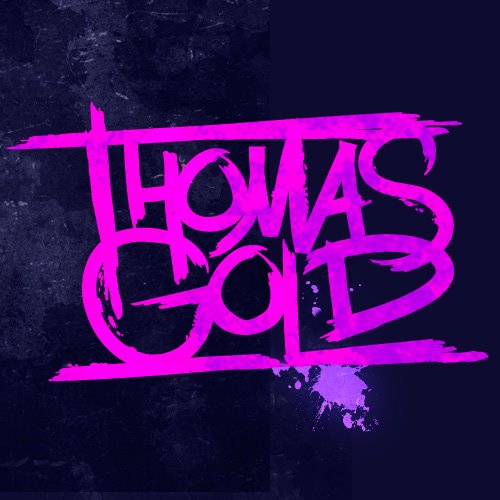