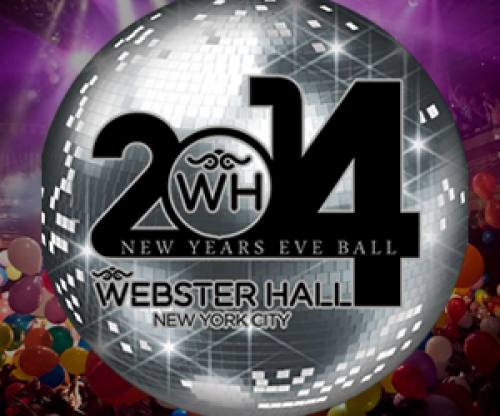 Featuring the Largest Balloon Drop in The Free World!

For 128 years, people of the WORLD have lost themselves inside the massive

Webster Hall is an adventure no witness will ever forget.

the mother of all parties; the event where all your dreams come true.

Thousands of people gather to celebrate the beginning of a new year,

The Greatest Party on Earth!

•The Largest Balloon Drop in the Free World!  Over 100,000 balloons shall fall from the sky at the stroke of Midnight!

• FREE Webster Hall 2013 membership card (good for free admission to the club Thursday, Friday and Saturday before 1AM all year long - $1,000 value (not valid for concerts or special events)