What: The Martinez Brothers and Rock It Science at Temple Fridays

This Friday Rock It Science presents a rare appearance by The Martinez Brothers, with Temple resident and producer Ben Tom getting the fun started in the main room. Hosting the Destiny Lounge is Rock It Science Laboratories with founder Eric Sharp and his partner in crime, Bass Cadet. Come and check out their infamous high energy antics on the decks - hope to see you there!
RSVP to eric@rockitsciencesf.com for $10 before 11pm.
Main Floor:
The Martinez Brothers
If you've ever seen the Martinez Brothers spin, you know that what separates Chris and Steve Martinez from the rest of the pack isn't just their skills, but their seemingly limitless energy. What sets apart the Martinez Brothers is their spirit. What sets apart the Martinez Brothers is their sense of flow. Watch them behind the decks: they don't stop moving. Lean, lanky, all wrists and elbows and ear-to-ear grins, these kids look like they were born to move. They're practically climbing over each other as records flow together, one brother cueing up a track, the other EQing, the headphones passed back and forth, forearms intertwined, heads bobbing in unison. It's amazing to watch. It's even more amazing to hear.
Ben Tom (Temple, SSM)
Destiny Lounge - Hosted by Rock It Science Laboratories:
Eric Sharp (Rock It Science, Flavor Group)
Bass Cadet (Rock It Science)
Rock It Science Laboratories is a fresh new music label launching soon that draws from a wide spectrum of underground influences, with the unifying principle of tracks being engineered directly for the dance floor. Spanning many genres including House, Techno, Club, and Electro each release has its distinct sound. Expect cutting edge sounds, exciting remix work, and music that will make serious waves for years to come-continuing San Francisco’s tradition of being one of the world’s biggest creative hot spots for underground dance music.
Catacombs:
Tone (TMG) 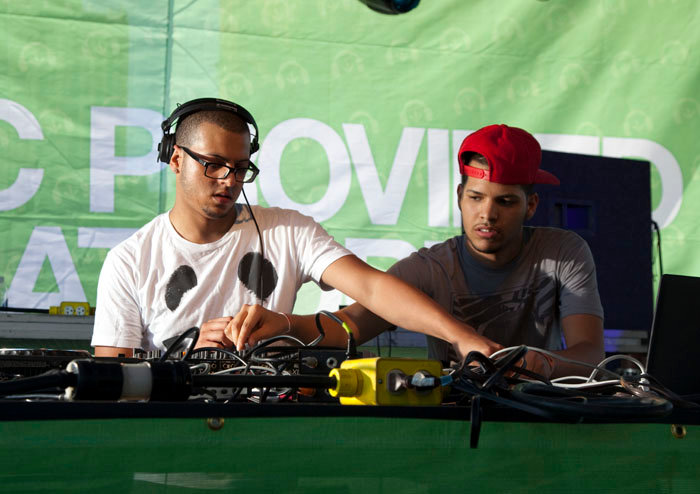