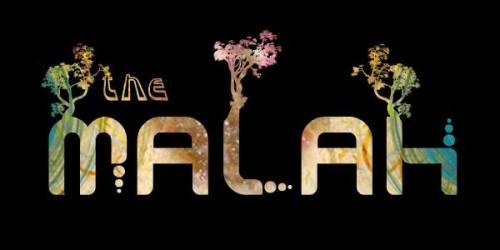 What: The Malah w/ Ph Factor

AudioVisions Entertainment along with In the Pocket Artists and Pangea Productions Present:

With two studio albums now under their belt and a third in the works, the band has arrived at their most mature and polished sound to date. Their latest live release, Live From Earth 2010 compilation, features new and unreleased material including very special guest performances from Mike Rempel (Lotus) and Dominic Lalli (Big Gigantic), along with remastered versions of fan favorites & a free download of the track "High Hopes". Live from Earth, catalogs what was a huge year for the band as they spread their uplifting grooves across the country. Now hard at work in the studio, the trio is putting finishing touches on their highly anticipated third album set to be released in 2012.

From the non-theoretical minds of Paul Hamilton, Joe Lane and Erik Diaz, comes a new brand of Rock n Roll that few have heard before. With influences such as Phish, Yes, Jacob Fred Jazz Odyssey, and Mahavishnu Orchestra, pH Factor proudly brings you a fusion of styles from jazz, rock, progressive, funk, jam, and nuances of sound yet to be classified. The concept of pH Factor came into fruition from a basic idea, an idea that the anatomical perception of nature can be broken into music. Fueled to submerge our listeners into a storyline that bridges the gap of consciousness between each other and the world around us, we are enabled to harbor genuine illumination as we manifest our music. Born in Ohio raised in Colorado, pH Factor is proud to call Denver home. The eclectic music scene of Colorado has nourished the new sounds and creativity of this power trio. Through the journey to find what is now the sound of pH Factor, many combinations of instrumentation have been exhausted, yet nothing filled the void quite like the organic sound of guitar, bass, and drums. pH Factor is currently on tour promoting their new album Chemical Nature.