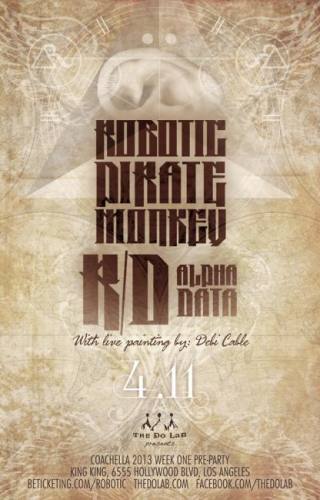 Join us when we host the Do LaB debut of Robotic Pirate Monkey on April 11th at King King in Los Angeles. They will be joined by R/D and Alpha Data, and Debi Cable will be painting live. Limited $15 discount pre-sale tickets are now on sale, then tickets will be $20 pre-sale and at the door.

Robotic Pirate Monkey is the party pillaging electronic trio that fuses eclectic samples from the past with cutting edge sound design to create something totally fresh, and fun to get down to. The group consists of Andrew Hathaway, Matt Berryhill, and Matt Flesher. Brought together by a love for skiing, RPM quickly found their niche in the dense colorado music scene. RPM has toured nationally and shared the stage with the likes of Zeds Dead, Paper Diamond, Big Gigantic, Crystal Castles, Mstrkrft, Gramatik, Araab Muzik, ill.Gates, Conspirator, Savoy, Krewella and many more.

In just under a year, Alpha Data has five EP releases under his belt. Alpha Data's most recent EP, "Archive Data (Volume 1)," is the first release in an ongoing collection of previously unreleased tracks that have been remastered. His high energy performances and high quality productions have helped Alpha Data develop a steadily growing following amongst EDM fans across the country, and his momentum shows no signs of slowing down.

Debi Cable, of Altervision 3D is the hottest, up and coming, Blacklight artist in the country , handpainting and designing all of the flourescent 2D murals, to become a 3D visual Carnival for the eyes, soul and imagination!

*entrance is through the parking lot in the back

We'll see you on the dance floor soon LOS ANGELES! 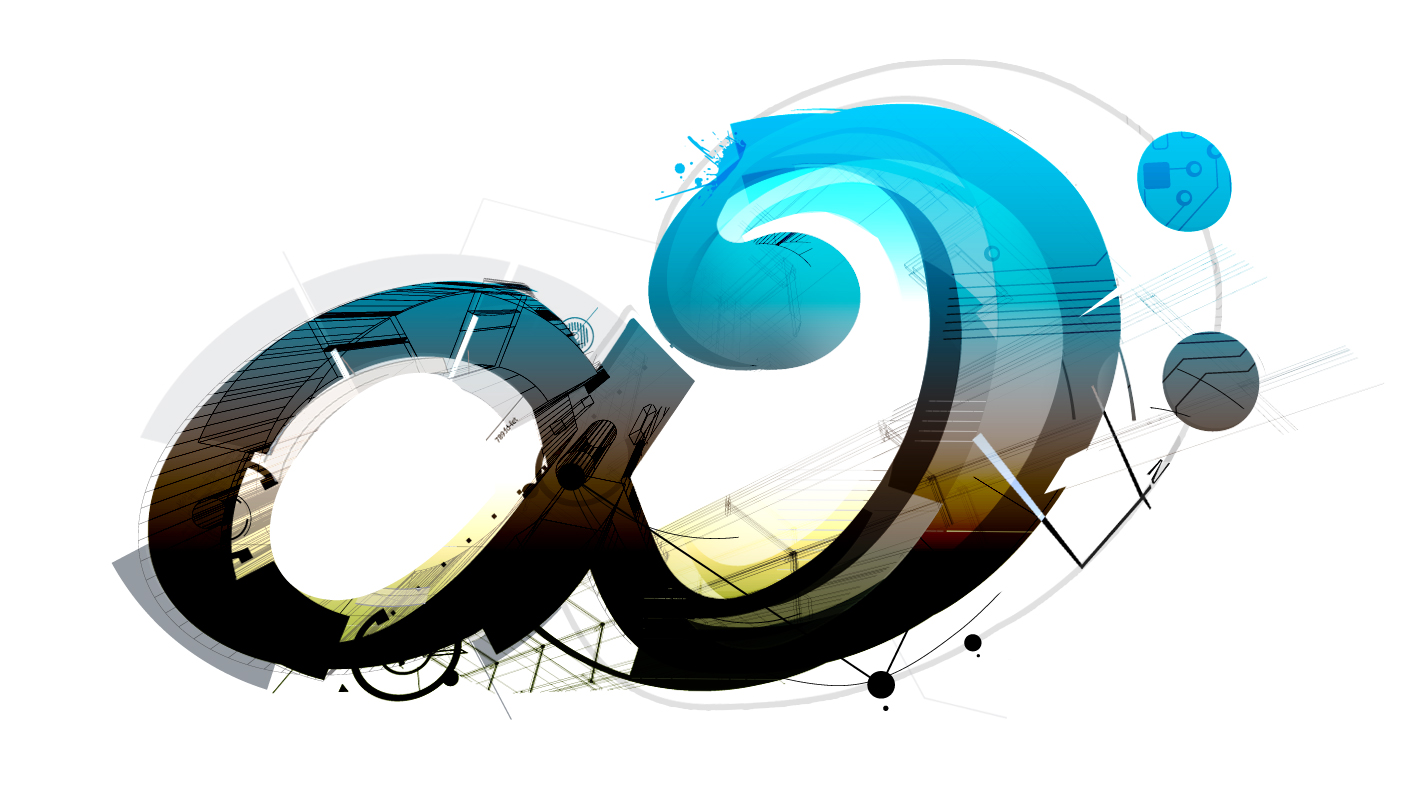