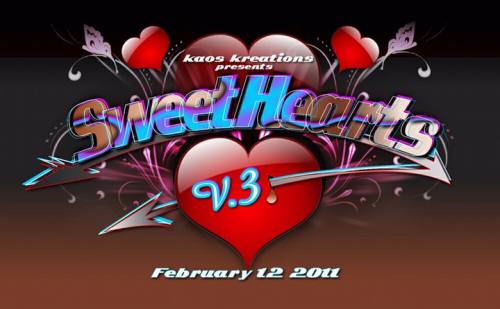 Making a name for himself mainly as a DJ, Mark Farina has had a large hand in the building of San Francisco's house music scene. Originally from Chicago, Farina is in the same generation of Chicago house music legends Derrick Carter and Cajmere. Mostly associated with the Mushroom Jazz series of releases, Farina is known for his down-tempo but dancefloor-friendly style of mixing jazz, house, and hip-hop.

Farina started DJing at the age of 15 in his hometown of Chicago. The city's large hand in the creation of house music had a strong influence on Farina and acted as a large source of inspiration for his DJing. At Northwestern University's radio station, WNUR, Farina and his airwaves partner Derrick Carter produced a Friday night radio show for two years. During this time, Farina released Mood as part of the trio Symbols and Instruments.

Since then, Mark has been traveling the globe performing 100s of shows, to over one million club goers, a year. His House sets take fans on journeys to the jazzy side of Chicago House mixed San Fran style. Some of these sets have been known to last up to 8 hours. And sometimes you’ll find Mark playing in two different rooms at the same party, showcasing his range of rocking the big room sound to the uber-chill.

Shortly after his time at Northwestern University, Farina relocated to San Francisco. Using his musical influences, Farina made a mix tape of down-tempo house tunes called Mushroom Jazz. Soon after, the album's title spawned a type of sound and grew popular due in part to Farina's weekly residency at a local club called Jazid Up. The local notoriety of the mix tape eventually resulted in a CD of the same name on Om Records in October of 1996 and led to a global tour, which Farina headlined. In 1996, he also produced another continuous-mix CD, Seasons One, on Domestic Records. The second installation in his original series, Mushroom Jazz, Vol. 2, was released in 1998, once again resulting in another promotional tour lead by the now seasoned DJ. Farina released two more mix CDs in 1998, United DJs of America, Vol. 9 (Moonshine) and Imperial Dub, Vol. 1 (Studio !K7). After the string of mix CDs, Farina released an original work in 1998, "Midnight Calling." The track went virtually unnoticed due to the fact that Farina's mix CDs and DJing appearances were receiving most of the promotional attention. In 1999, the first in a series of CDs by Om Records meant to highlight San Francisco DJs, debuted with Farina. The CD showcased Farina's style of mixing jazzy down-tempo and disco vocal-oriented tracks. The CD was also released as a triple-vinyl pack containing, in their entirety, all the songs Farina used for the CD. In 2001, Farina continued with the Mushroom Jazz series,

Farina’s taste making skills continue to turn the heads of crowds worldwide and consistently draw new fans to his style of chunky–funky rhythms and deep underground house. URB, MUZIK and BPM Magazines have all had him on their Top DJ’s In The World lists.

Mark has been voted as one of the top DJ..s in the world by URB, MUZIK and BPM Magazines.