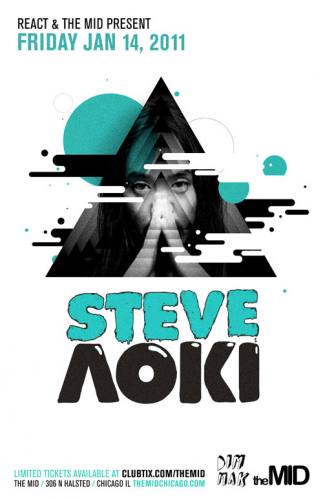 Steve Aoki, also known as his stage name DJ Steve Aoki Kid Millionaire, is one of Los Angeles’ most well known DJs. His father Rocky is the founder of the famous Benihana Japanese restaurant chain, and sister Devon is a famous model and actress.

He founded his own record label, Dim Mak (which has signed such artists as Bloc Party, Whirlwind Heat, Whitey and Neon Blonde), in 1996 and has also launched a Dim Mak clothing line.