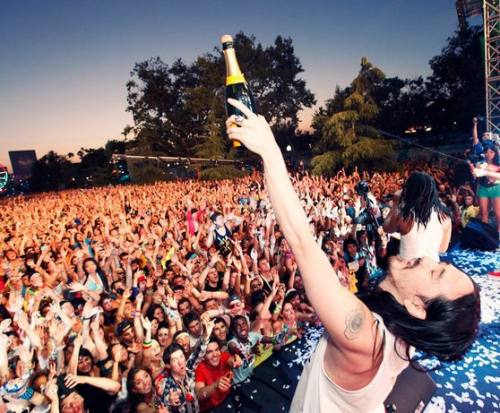 
He can now be found readying his debut artist album which includes collaborations from the likes of Lil Jon, Rivers Cuomo, Sky Ferreira, Kid Cudi, Blaqstarr and the mysterious [[[zuper blahq]]] who can be found on the lead single “I’M IN THE HOUSE”.


Also involved in fashion, Aoki has developed lines for KR3W Apparel, Supra Footwear, headphones for WESC, headwear with NEFF, bags with Burton, & a brand new mens/women’s range with his sister Devon. Check out DIM MAK COLLECTION to buy tee shirts & hoodies and read on his blog on here that he keeps up to date. Hailing from Los Angeles you can check most of his antics up on his partner in crime, The Cobrasnake’s website, www.TheCobrasnake.com..


Best DJ of the YearPaper Magazine 2007

Best Set of the SeasonIbiza Awards 2007