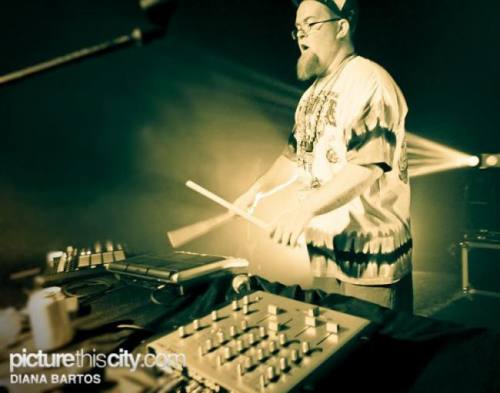 What: Spankalicious in Macon GA!!

SPANKALICIOUS is BOUNCE more aptly Psychedelic Bounce. Based out of Connectorville, USA he averages 150+ shows a year on the road and rocks and each and every one of them. Spankalicius has shared bills with almost every major cutting edge act in livetronica, bass music, electro, and hip-hop Pretty Lights, Bassnectar, eoto, Caspa, Borgore, Shpongle, just to name a few. In addition, Spankalicious has had several major festival appearances including Sonic Bloom, Bassnectar’s First Bass Center, Wakarusa, Summer Camp, Camp Euforia, and more. In 2012 he made his triumphant return to Summer Camp Music Festival, as well as making his debut at The Manifestation Celebration in Dallas, the inaugural IMPULSE Music Festival in Georgia, and the blowout Camp Bisco XI in upstate NY alongside some of the biggest acts of today. An extensive background in rudimental percussion and drumline allows Spank to read rhythms inside and out and even incorporate live drumming into his sets. With musical influences ranging from the Grateful Dead and Phish to U.G.K. and Three Six Mafia, Spanky has found his niche in his world of Glitchy Hippie Psychedelic Bounce. 2012 was his busiest year to-date. He covered the country with shows and released 3 ep's including the release of two studio albums - Psychedelic Boogaloo Intervention and Higher Expectations. Recently, Spankalicious unveiled his third signature hat from Grassroots California, which was paired with a huge performance at Cervantes’ Masterpiece Ballroom in Denver, Colorado. The fall of 2012 saw the 40+ city Do Magical Things tour which featured more than 40 dates and pairing with acts like EOTO, Archnemesis, Dr. Fameus, Ott, Crizzly, Downlink, Zoogma and the gamut of the top global EDM performers at the inaugural Counterpoint Music Festival in Atlanta, GA. Closing out 2012 strong he will be performing at the Infrasound NYE event in Minneapolis with Eskmo, Feed ME, Heyoka, Zomboy. Also he will be dropping his fifth studio EP "5", as well as the first ever Connector Presents compilation which will mark the announcement of the Connector artist roster for 2013.