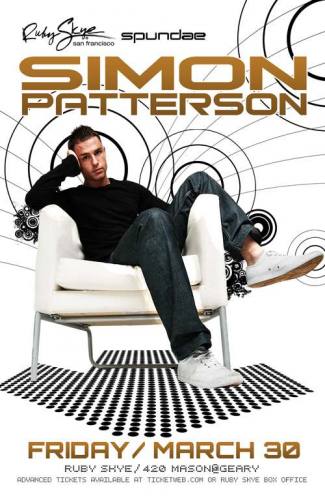 With a background based in the music business that belies his years Simon brings a wealth of knowledge and talent to his work behind the decks.

Having built a solid reputation as a tastemaker for Radio 1 Djs Seb Fontaine and Judge Jules, Simon has gone on to forge his own career in club land, becoming both a sought after Dj and producer/remixer.

Taking elements of cutting edge electronic and melding them with rock has created rapturous enthusiasm from the likes of Tiesto, Ferry Corsten, Paul Van Dyk, Oakenfold and mentor Judge Jules.

Dogzilla have just finished the follow up to Without You which is called ‘Frozen’ and are about to start work on an album and live show which will be touring in 2007.

Mr Patterson will also be releasing lots of new solo excursions, plus following up the massive F-16, which entered at number 15 in the DMC buzz chart and was played twice in one night on the BBC Radio 1 essential mix. The follow ups takes the sound further and show all the influences that people have come to expect from Simon. Panic Attack & Strip Search will be available on Spinnin in April 2007. Simon is also about to embark on a new vocal project this year.

The last five years has seen Simon travel across the globe rocking many of the worlds better parties. Highlights include the Rotterdam Street Parade in front of 500,000 people, Sunrise Festival in Poland, Monday Bar Cruise in Sweden plus regular appearances at Judgment Sunday in Ibiza, various far east tours to China and in Russia where Simon played at an indoor event for 20,000 Muscovites. Last summer saw Simon grace the worlds stages at Dance Valley, Sunrise, HI-FI, Planet Love, Mexico Stadium. Plus various dates at Judgement Sunday, Dubai, Malta, Rotterdam, Amsterdam, Canada, Germany, Cyprus. Not to mention the countless support from UK clubs in between. 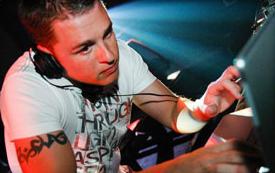