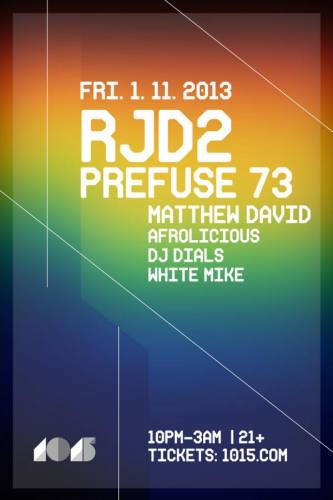 
For The Third hand, RJD2 seemingly abandons all the notions and titles that have been placed upon him over the past 5 years. Underground hip-hop super-producer to some, virtuoso sample-based instrumental wizard to others, RJD2 embodies all of these things on the "The Third Hand" but placates none who seek more of the same. Recorded, performed, arranged and produced entirely by himself in his basement studio, RJD2 commands his trusty MPC 2000XL sampler/sequencer alongside analog synths, electric pianos, and guitars, not to mention his own voice.


The result is a cohesive pop album in the most classic sense, a sound more akin to Phoenix than Prefuse 73. In essence, this is RJD2's entrance into the continuum of enigmatic songwriter/producers (see Jon Brion, Brian Wilson, Stevie Wonder) capable of creating a record full of rich songwriting, complex arrangements and clever production that transcends genre.