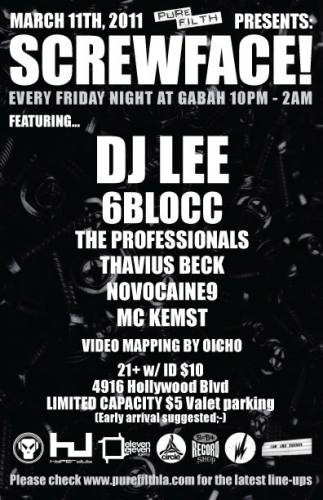 
DJ LEE is a legendary drum and bass dj, representing the Metalheadz crew. Lee’s involvement and history in the UK’s underground dance scene dates way back to the late 80’s. Since then, Lee has become a steady name on the circuit, known for his bangin' DJ sets as well as his involvement in Timeless, Vinyl Distribution and Atlas Recordings fame.


Starting off as a resident at the legendary “Brunel Rooms” in Swindon, Lee played alongside DJ’s such as Doc Scott, Fabio, Grooverider and LTJ Bukem. His impression there was so great that other bookings began to roll in from all over the country. In 94’ Danny Bukem alongside Leo Roche and Sarah Sandy started the groundbreaking night “Speed” at Soho’s Mars club. Along with Fabio they started the first Drum n Bass night in Londons West End with a more mature music policy. They needed a resident that would fit in with the futuristic sounds of Bukem and Fabio along with Doc Scott and Kemistry & Storm. Lee was made resident at what has become such a pivotal event In Drum N Bass history. Lee was also made resident at the legendary “MetalHeadz Sunday Sessions” by Head Honcho Goldie and still plays for them to this day!


6BLOCC aka R.A.W. is an LA scene veteran whose frothy mix of jungle, hip hop, hard core and turntablism helped propel him into the stratosphere of DJ culture. Today his warped basslines and hypnotic textures can be heard booming out of SoCal speakers - 6 blocks away - while this respected artist's hits rock dance floors all over the world.


THE PROFESSIONALS: Sam XL and Pablo Hassan have been covering Los Angeles' crowds in Pure Filth for years now and showing no signs of stopping. At the forefront of the city's dubstep scene since day one, The Professionals return for SCREWFACE to deliver the bass that your brain and body requires.


THAVIUS BECK is one of the gems of the Los Angeles underground. Along with his Ableton Live workshops where he helps train the next generation of button pushers, Thavius' fresh blend of hip hop beats and solar funk remain in high demand in the electronic universe. Also an MC as well as a saxophone and bass guitar player, this talented producer has tricks up his sleeves and innovation pouring out of his fingertips.


NOVOCAINE 9 has been a fan of electronic music for a long time, which is good news for his fans - of whom there are many. This Los Angeles underground mainstay has rocked the dance floors of plenty of Pure Filth parties, with a dubstep style that is diverse, unique, soulful and experimental. Truly he has made this popular genre his own.


KEMST is your host and MC whose infectious energy keeps the party rolling and the crowd screaming for more. Listen to his words and let his rhythms set you free.


OICHO brings the latest in visual pleasures to Screwface with live video mapping; this multimedia artist will pop your top off with his innovative designs.


Club Gabah is located at 4916 Hollywood Blvd (between Edgemont & Kenmore). Venue is 21+ and cover is $10. Valet parking is available for $5 or there is parking on the side streets.


It will be the last Pure Filth event at that venue, but keep your ears to the ground and eyes to the screen for more details and more Pure Filth parties on the way!