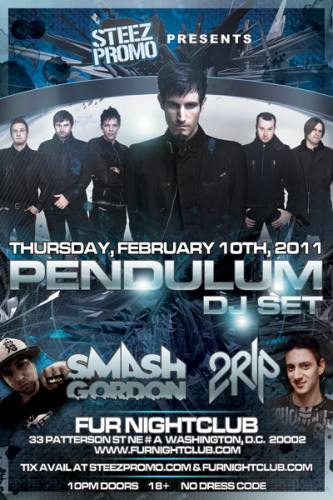 Pendulum started as the combination of Australian rock band Xygen and established DJ Paul Harding, in Perth. Their first album “Hold You Colour” is widely lauded as one of the greatest electronica albums of all time, but it was their second album, “In Silico,” that cemented their rock/electronic sound and their place in the international dance music spotlight. The tour in support of the second album unveiled their full band, sensory delighting live shows and they have been riding a wave of live energy ever since. Their latest album “Immersion” progresses even further, with forays into new genres including electro-house and dubstep.