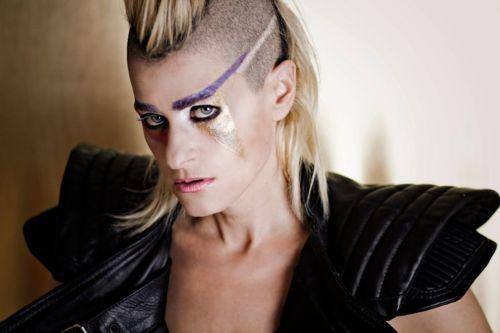 
blasthaus celebrates 17 years with the phenomenal, Peaches; self-made, self-produced, do-it-yourself leader of the electro punk movement! Since the release of her debut album in 2000, Peaches has spread her seed on the pop culture landscape, harnessing a worldwide audience and, along with the countless followers she’s inspired, has shaped the mainstream into a more inclusive and sexually progressive surrounding. Over the years, she’s built a reputation on her suggestive and intelligent lyrics, her amalgamation of rock and electro sounds and her balls-out performances, continuing to outdo herself with each brash step.


Aside from her featured appearances on the latest albums from R.E.M., Christina Aguilera and the Flaming Lips, Peaches has been a keynote speaker and guest lecturer at institutions like NYU and the University of Toronto. Her plans for 2012 involve producing the next album from Taiwanese band Go Chic and taking the stage as the titular character in a production of L’Orfio, Monteverdi’s 1607 opera, standing out as the only classically untrained cast member.


Peaches is also in the early phases of her fifth full-length (technically her sixth, if you count the one released under her birth name Merrill Nisker in 1995, before she plucked her stage name from Nina Simone’s feminist anthem “Four Women”). Meanwhile, Peaches’ lyrical, musical and stylistic influences continue to be seen and heard in artists around the world, from mainstream to underground. But making direct comparisons would never do justice to her uniqueness.  Apples to oranges.  She’s just Peaches!