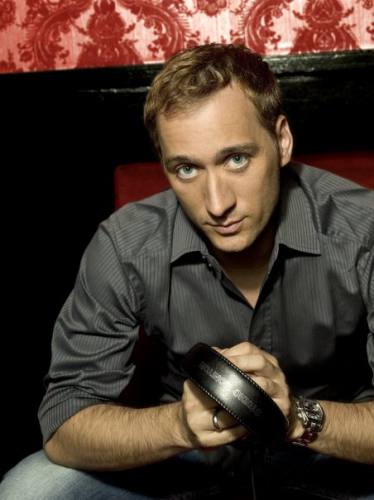 On Friday, May 21st Sound In Motion presents...
Paul Van Dyk
http://www.paulvandyk.com/
Also featuring special guests:
Ben Clear - http://www.simshows.com/clear
Joe The Ripper - http://www.facebook.com/joether1pper
Friday, May 21th
Epic Event Center
110 North 5th Street
Minneapolis, MN 55403
http://www.epicmpls.com/
18+ to enter, 21+ to drink
Doors @ 9:00 PM
Bottle service: 612.327.2897
Tickets available at:
http://www.vitalculture.com/
http://www.wanttickets.com/
http://www.simshows.com/
http://www.twitter.com/simshows
http://www.facebook.com/simshows
Who is Paul Van Dyk?
Grammy nominated artist, globally acclaimed DJ and audio architect Paul van Dyk continues to dominate the electronic music charts and appears at the pinnacle of every Top DJ list around the globe. PvD, as his fans have nicknamed him, has been ranked the World’s No. 1 DJ by DJ Magazine’s "Top 100 DJs poll" two times, something less than a handful of DJs have ever achieved.
PvD is credited as one of the hardest working artists in electronic music, with sold-out tours that cross each continent, headline spots at every major festival, and a hugely successful recording career. With over 3 million albums sold worldwide, van Dyk travels around the world over 16 times each year to sold out performances internationally. On New Years Eve 2008/2009 Paul played Barra Beach to over 1 million people in Rio de Janero giving testament to his incredible popularity the world over.
In 2008 Paul expanded into creating music for video games and movie soundtracks. His work with EA Games has resulted in mulitple releases featuring his music on Mirror's Edge and Grand Slam Tennis out in 2009. Paul has also lent his talents to remixing Batman's "Dark Knight Theme" written by Hanz Zimmer. But Paul is no stranger to high profile remixes, he has put his unique twist on Depeche Mode’s "Martyr", Justin Timberlake’s "What Goes Around" and Britney Spears "Gimme More" just to name a few. His original album In Between released in 2007 and featured collaborations with David Byrne and Jessica Sutta of the Pussycat Dolls as well as Rea Garvey of Reamon and Johnny McDaid of Vega 4.
Paul van Dyk’s touring diary remains incredibly hectic with regular globetrotting stops at major venues across the globe from New York, London, Ibiza to India, China and Singapore. In the little time remaining between all the travel, Paul van Dyk resides in Berlin where he has his own radio show "Paul van Dyk’s VONYC Sessions" which airs weekly on the Area Channels on Sirius XM Satellite Radio on Thursday nights at 6PM EST (and rebroadcasts Saturdays at 8PM EST and Tuesdays at Midnight EST) and Soundgarden which airs every Wednesday 2pm – 4pm (EST) on Fritz radio and over the internet (www.fritz.de) as well as Galaxy FM in the UK.