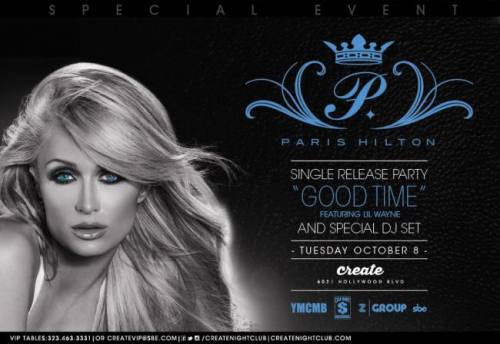 
As a trail blazer and pioneer of new trends it’s no surprise that 2013 was another landmark year for Paris Hilton who quickly became a key player in electronic dance music when she landed a coveted DJ residency at Ibiza super-club Amnesia. Performing weekly throughout the summer, Hilton led a crowd of more than 10,000 club goers through an energetic music show and is now in high demand to DJ at venues all over the world.


However it was Hilton’s record deal that firmly put her on the map as a music artist this summer. Hilton signed to renowned music label Young Money Cash Money Billionaires, the label founded by impresario brothers Bryan “Birdman” Williams and Ronald “Slim” Williams and known for successful artists including Lil Wayne, Drake and Nicki Minaj. YMCMB is now a subsidiary of Universal Music Group and this Fall will release Hilton’s highly anticipated first single “Good Time”, featuring Lil Wayne, with an album to follow soon after.
About | Advertise | Contact | FAQs | Terms of Use | Privacy Policy | Accessibility Policy © 2021 - TheUntz.com. All rights reserved.