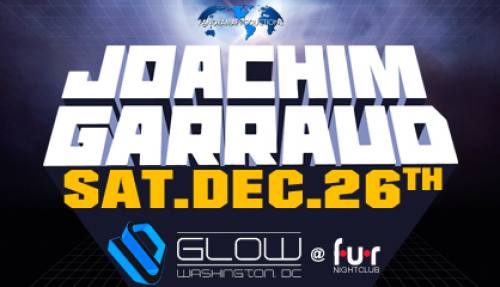 Panorama Productions presents
GLOW – Washington D.C. – www.ClubGlow.com
GLOW Saturdays at FUR Nightclub
JOACHIM GARRAUD – FRANCE
(www.myspace.com/joachimgarraud)
INVASION – OUT NOW
Opening set
ROBERTO GONZALEZ
(GLOW-DC)
Born in Nantes on September 27th, 1968
After having perfectionned his piano and percussions for seven years at the conservatory, he decided to move toward electronic music.
Along with Laurent Garnier, he started as a DJ at the Boy, the Parisian club that first initiated the discovery of the techno phenomenon in France. He then successfully tried some music production with Maxximum radio station, number one national 100% dance radio station (CTL group).
Becoming the pioneer of numerical music, he created his own recording studio in the middle of Paris, which allowed him to remix, compose or produce artists such as David Guetta, Jean-Michel Jarre, Paul Johnson, Deep Dish, David Bowie, OMD, Kylie Minogue, Mylène Farmer, Cassius, Ceronne, Moby, Robbie Rivera... and many more.
Joachim developed a new concept, blending Deejaying and musical improvisation, thus giving a true concert, a unique live performance which soon gave him the opportunity to perform all over the World.
Today, he is surrounded by a big community with the Space Invader mascot.
JOACHIM GARRAUD. Some dates :
1989 >DJ at The Boy in Paris, and on Maxximum radio station.
1991 >First rave in Moscow, the Youri Gagarine Party, which brought 300 000 people together.
1993 à 1997 >Manchester Techno Festival, Berlin. DJ at The QUEEN (Paris).
1999 >DJ in front of an emormous TV audience of 2.4 billion viewers, on December 31st, live from the Cairo pyramids. He also produced the sound for Jean-Michel Jarre's performance and album, "Metamorphoses".
2000 > Creation of the GUMPROD label, in association with David Guetta.
2001 > Co-writer and co-producer of David Guetta's album, "Just a little more love": 200.000 copies sold in France, and also of the single "Love don't let me go", 1 of the top club tracks during 12 weeks, with 500.000 discs sold in France for that single.
2003 > Remixes for Kylie Minogue, OMD, Cassius, Cerrone and production the album Geyster (I love 1984), of the single "Money" by David Guetta and of the album "Guetta Blaster 2004".
2004 > Release of "People", a movie with over 1 hour of music co-composed and produced by Joachim Garraud.
Production of Jean-Michel Jarre's "AERO", first album mixed in 5/1.
Release of "The World is Mine": Joachim Garraud co-wrote and produced this track with David Guetta.
Beginning of the collaboration with Pioneer Japan for the development of new machines.
2005 > Creation of the "F*** Me I'm Famous records" label with David Guetta.
Remix of "Fuck them All", a single by Mylène Farmer. 10-day DJ Tour in China and Japan.
Release of "Summer Moon", in collaboration with Tim Deluxe, Bob Sinclar and David Guetta.
Remixes for Moby, Robbie Riviera, Culture Club, Cerrone, Eurythmics.
Double "Golden Disc" in France for the Guetta Blaster album, which sold over 200.000 copies.
2006 > Joachim Garraud and David Guetta were nominated at the Grammy Awards as composers of the best remix of the year.
Joachim Garraud's Zemixx and Live Video podcasts got ranked 1rst and 2nd on the iTunes Music Store France Podcast Chart.
He was the only French DJ who performed at the Love Parade in Berlin, in front of over 1 million people.
2007 > Joachim was the main host of the Technoparade in Paris, which broke the record of attendance. He was the only DJ to have his own float, which allowed him to invite Oliver Huntemann, Laidback Luke, Benni Benassi, Dj Sender and David Guetta.
The forum Joachimgarraud.com is the most visited in the Electronic Music category, with 300.000 unique visitors per month.
Signed his maxi, "Street's Sound", at Joia Records (Label of the Swedish House Mafia).
Won the 2007 Night Trophy, as Best French DJ.
Chosen as Best Electro DJ of the year in October, at the Burn FG DJ Awards.
-The Main Room (House-Progressive-Trance)
-The Martini Room (Hip Hop-Old School, R&B)
-The Mink Room (Mashups, Hiphop, Top40)
-The Mafia Room (Latin Music)
-Heated Patio (Smoking Allowed)
Glow happens Saturdays at Fur Nightclub
Myspace.com/clubglowdc // Facebook: Glow Fan Page // Twitter: ClubGlow
BECOME A “FAN OF GLOW” ON FACEBOOK AND GET THE BEST DISCOUNTS TO ALL GLOW AND 4PLAY EVENTS!!! 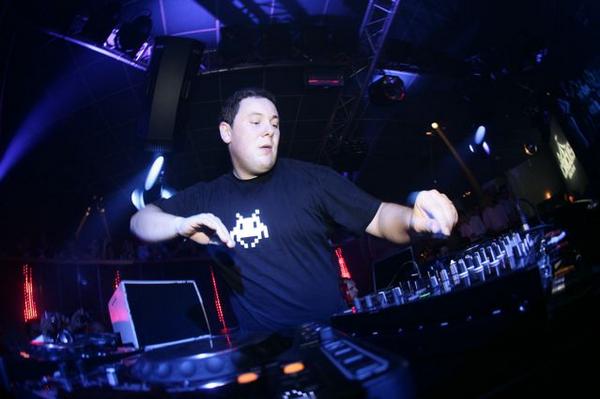