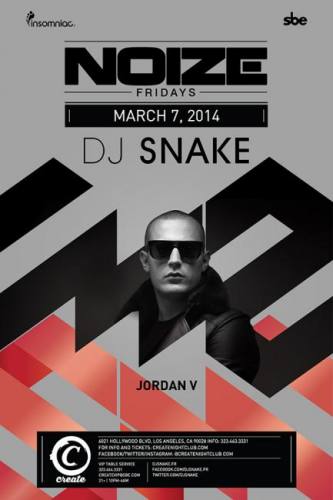 If somewhere, in the vast expanse of the multiverse, there exists a planet where giant exotic birds twerk to trap and hard-style all day long under a blazing tropical sun, then DJ Snake is definitely from that planet. Hailing from Paris, France, the grammy-nominated producer exports a brand of party music so ferociously groovy that it instantly sets any party on fire, regardless of how steamy it may already be. His 2013 Jeffree's release "Bird Machine" is an infectious, staple trap anthem that brilliantly samples a bird whistle for the drop and has made a solid name for itself as one of the hottest songs of the year. It has received extensive play from the likes of Dillon Francis, Diplo, and Baauer, to name but a few, on some of the largest festival stages in the world. In 2011 he produced for Lady Gaga's album "Born This Way", which earned his a Grammy nomination for album of the year.
About | Advertise | Contact | FAQs | Terms of Use | Privacy Policy © 2020 - TheUntz.com. All rights reserved.