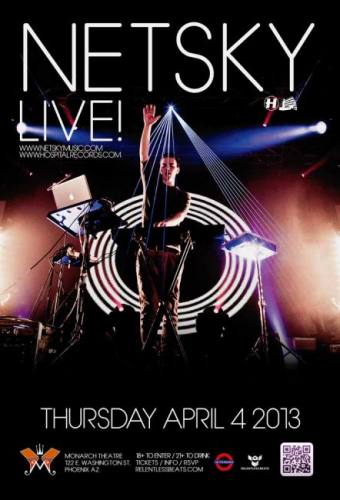 
Relentless Beats and UK Thursdays present Netsky LIVE at MONARCH THEATRE in Downtown Phoenix on Thursday, April 4, 2013. This is an 18+ show. 18+ to enter, 21+ to drink.


Rarely have we seen someone rise through the ranks as quickly as Boris Daenen, a.k.a Netsky. Leading a wave of new skool D+B talent from Europe with his blend of uplifting, melancholic melodies and heavy dancefloor bass + beats, Netsky’s popularity is astounding. A celebrity in his own country, he has received numerous awards and accolades and continues to impress audiences across the world with his Netsky LIVE! show with full band.


Netsky signed exclusively to Hospital in late 2009; his first release was the iconic “Memory Lane” (as featured on “Sick Music 2″ in 2010) and this was swiftly followed up by his chart topping debut album – “Netsky”– in May of the same year. Following virtually unanimous praise and hype from all corners of the globe, it plunged Netsky firmly into the limelight, where he has remained ever since, delivering a potent mix of dancefloor anthems, vocal led classics and that clean cut new jungle sound which has become his trademark. 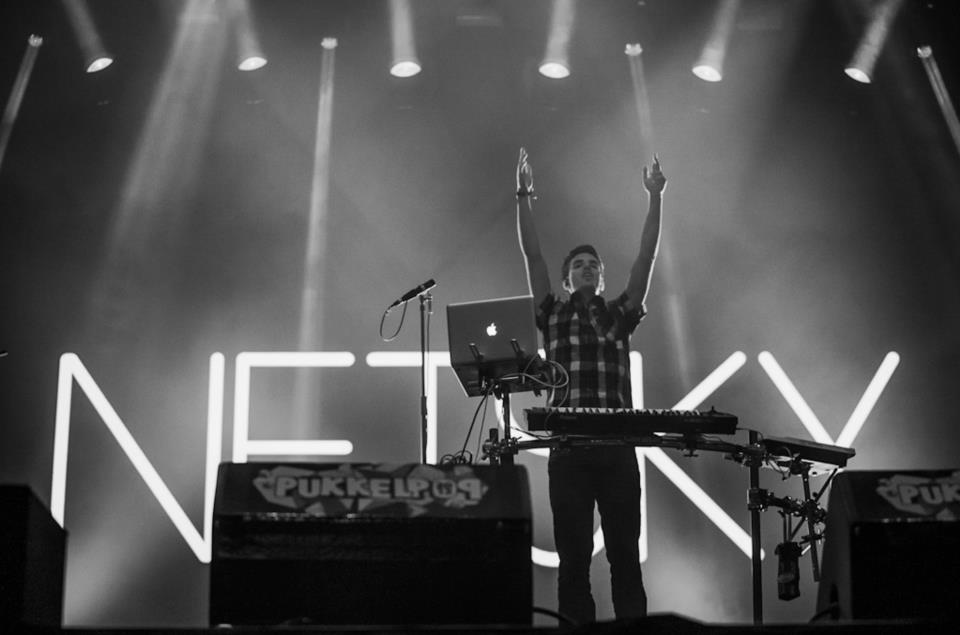