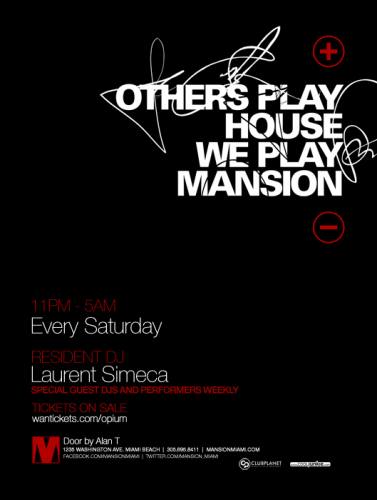 With over 130 remixes to his name including tracks by Madonna, Katy Perry, Tegan & Sara, and La Roux; Morgan Page has earned a solid reputation for transferring insatiable pop energy to the dance floor in the form of banging, progressive house tracks. High ranking spots on iTunes’ dance chart, Beatport’s progressive chart, and Billboard’s club charts affirmed his salability, while an ’09 Grammy nomination for Deadmau5’s remix of Page’s “The Longest Road” simultaneously bolstered his underground cred while spotlighting his skills as a songwriter. Join us as Others Play House, We Play Mansion presents Morgan Page at Mansion Nightclub in Miami Beach.