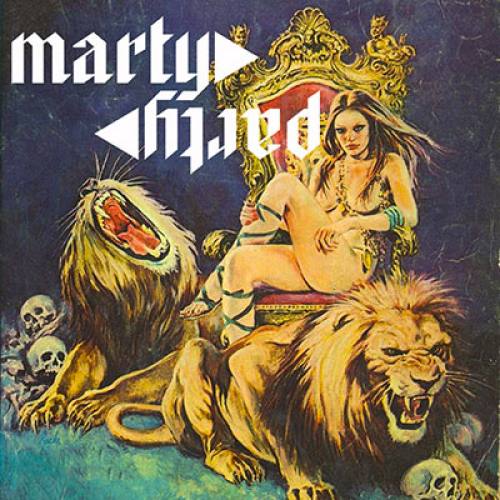 Born and raised in South Africa, MartyParty (also one half of PANTyRAID) has been coined the Iggy Pop of electronic music both for his energetic live spectacle coined the "Purple Opera" and his own "Purple Music" concept – a hybrid of electronic music, dubstep and hip hop that together forms a totally new flavor of urban beat with the pretty, hypnotic elements of electronic music and the story telling of traditional song writing.

When not on the road Marty locks down in his Brooklyn-based studio to produce a diverse catalog of original heat – from downtempo compositions that slip behind the curtains of a dark and twisted audio fantasy to intense stadium anthems riddled with hooks and bass. His exploration into the world of future bass tells an electronic story of Purple - the subject of his debut album release.

"When I returned home from touring North American with The Monsters of Bass, I wanted to sit down and write a collection of songs that summed up the kinds of energy and emotion I found myself feeling and expressing to the audiences on tour every day," states Marty. "This album touches on various forms of purple energy in a journey through the genre. The Purple album demonstrates the incredible range of this electronic genre and how it can express light and dark, turn from gentle to hard, but always delivers its message using the power of synthesized sounds."