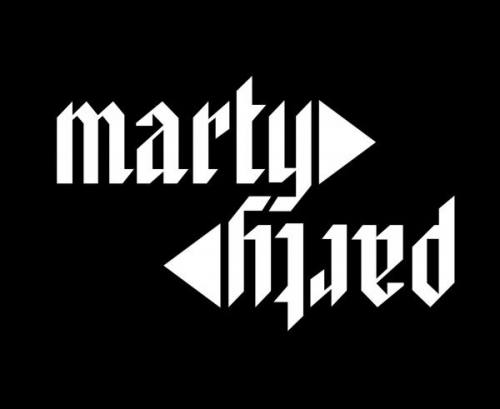 What: Marty Party and Photek


MartyParty is a music producer and performer. Born and raised in South Africa and residing in Brooklyn, NY, his music runs the gambit from sexy hip hop to intense dance to dirty dubstep… sometimes pretty and soft, sometimes hard and dirty, but always emotional.


MartyParty started producing his own flavor of music in 2005 with the mission to change the monotony of electronic music by creating an entirely different electronic sound: more musical, more story telling, and more diversity in the beats. The result is a growing anthology of MartyParty music crossing over most popular genres into a rich sound he calls Purple.


MartyParty’s live “Purple Opera” is a seamless voyage through an original music collection taking the audience on a the roller coaster ride of emotion and dance. Intense bass, huge beats, emotional melodies and cutting edge sound design all come together for a wild trip – unique to every performance.


Destination tomorrow: Photek’s decorated past and diligent work ethic leads us here. The new music you’ll hear this year is yet another chapter in a life spent overdosing on sonic nuances and boundary testing. An exultant voyage in a life that’s shaped the very foundations of the sounds we love, these are sounds that he’s teased at since the techno tickles of his 2000 album ‘Solaris’


Take his collaboration with Switch, ‘Avalanche’; a low-swung modulator, its half-step march belies the crafty subversion of a well known rave sample. Take ‘101’; its icy peripheries suggest the Photek we know while kidnapping the principals of classic electro and booting them effortlessly into the 23rd century. Take ‘This City’; a lolloping load of filters and reverse athletics, its somnambulant sounds make it a literal house dream. Take ‘4 Aces’, a bassline badguy, smiling a saw-toothed grin. Take the aptly titled ‘No Agenda’; a timeless slice of spine-tingling progression, fluctuating between funk and arm-flinging euphoria.


Take it or leave it; from this moment on Photek has programmed a new system, the code racing mercilessly towards the main stage where an explosive live show, primed with nothing but his own material, patiently awaits.