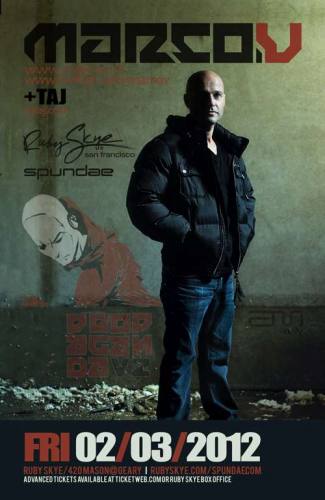 Born in the Dutch lowlands of Heeswijk-Dinther, Marco Verkuijlen has established himself as one of the most inventive, diverse and creative electronic music minds working today. Through his very first releases he became the architect of tech-trance; a sound that went on to become a fully-fledged electronic music phenomena. Continually modifying and fine-tuning his style ever since, he has gone on to create numerous leading-edge dance classics - ‘Godd’, ‘Indicator’, ‘Echnalava’, ‘More Than A Life Away’ & ‘Coma Aid’ numbered among them. Behind the decks he has smashed nights in all the world’s farthest corners, played a near uncountable number of tent-pole events for the scene’s flagship club & festival brands. As a result of which he has spent the last 7 consecutive years inside the ranks of DJ Magazine’s Top 50.

Marco continues to block-rock arenas and festivals around the world with standout performances at many events including Trance Energy, Creamfields, Nature One, Love Parade, Dance Valley, Global Gathering, Monster Massive and Sensation (where he became one of the global party producers’ most depended upon spinners).

In the same year Marco released the tracks ‘Coma Aid’, ‘Dudak’, ‘Possible, But Unlikely’ and his first Sander van Doorn collaboration ‘Organic’. More stripped down, by degrees experimental, and less vocally-led than much of his previous material, the tracks were all laying the groundwork for his third long-player… Knowing that something very special was required to follow up ‘200V’ - an album that had the potential to go down as a magnum opus – Marco carefully considered what he wanted to achieve with it. He already had a numerical abundance of tracks produced and with a new concept percolating, in early 2009 he announced he would deliver not one, but two Marco V albums throughout the course of the year… Innovating just as hard and fast as ever, the Propaganda long-players were twinned with a 2 part graphic novel drawn by London-based digital illustrator, Vee Ladwa. The concept proved a hit with fans and press alike and the albums spawned the tracks ‘Predator’ & ‘Scenario’ (both vocalled by Khashassi), ‘Coma Aid’, ‘When The Night Falls’ & 20 others.

Into 2010 and Marco continues to innovate and push at the boundary edges. In June he announced the launch of T.A.O. - his new multimedia concept. Among its aspects T.A.O. (or The Art Of) will encompass a label which expands trance influences out into the techno, tech house & progressive realms. It will also sign artists and spawn a new V compilation series as well as featuring special one-off events, full tours and innovative multimedia & social network aspects. 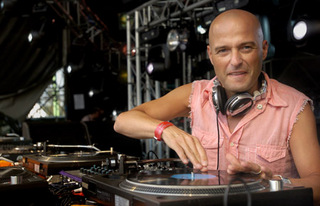