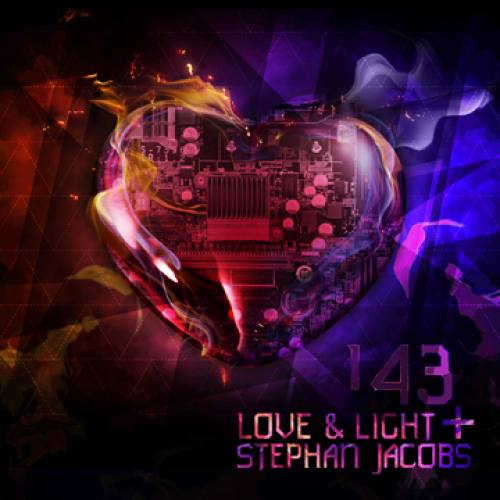 It's been over a year since Heady pt. 1 brought down the roof at the Cypress Lounge... Now, it's time for a very special second installment!

-in the main room-

Comprised of the musical talents of Matt Madonna and Ryan Anderson, Love and Light hails from the high desert region of the Reno/Tahoe Basin. Creating music that touches their hearts and elevates their souls, the duo's goal is the uplifting of people across the world through melodic synth lines, complex chord structure, intricate rhythms, and funky, chunky bass lines. Though having a strong focus on midtempo bass music, their span of producing talents are limitless, crossing into the realms of melodic dubstep as well as half-time drum and bass and four-on-the-floor bangers. Whether it is sweaty club, a beautiful outdoor festival setting or enjoying a night at home in the lab, Love and Light music moves humans in a vibrant and deeply conscious way.

Stephan Jacobs is one of the most exciting multi-genre producers on the scene today. Drawing from a powerful collection of original material and heavyweight remixes, he slings out stimulating sets of uptempo dubstep, twisted glitch hop and straight-up West Coast crunk. You can say all you want about his music, or you can let the numbers do the talking. The LA based producer has earned the top spot on Soundcloud multiple times, regularly getting tens of thousands of plays a week. Devoted to the music and killing the crowd, Stephan never misses an opportunity to share his sound, and has rightfully earned a name as one of the most talented bass music artists today.

Perfecting the art of audio alchemy, MiHKAL is quickly becoming one of the most sought after dj's in the westcoast bass subculture, seamlessly blending an omnitude of genres and tempos into a bass induced euphoria. Since his debut in 2008 MiHKAL has been gaining wide recognition & has been seen performing alongside the likes of Mimosa, Heyoka, GladKill, ChrisB, Sugarpill, Virtual Boy, Guttstar, Minnesota, Sleepyhead, Kitty D, NastyNasty, SexyTime, Dov, An-ten-nae, Bassnectar, R/D, Tipper, EPROM, Joker, Marty Party & PANTyRAiD. Mixing his closet production with the best of the leftcoast bass tribe, MiHKAL can be found elevating dancefloors everywhere from clubs to underground warehouses to westcoast festivals & gatherings...audio fondling the crowd with high energy performances & relentless bass love.

RYAN JAY vs THE PIRATE

-in the front room-

it's all going down @