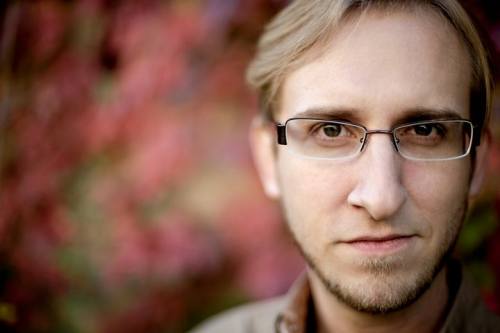 Jamie Watts is an internationally renowned and accomplished composer of a vast range of electronic music. Over the past 10 years he has produced many releases, and created numerous remixes distributed worldwide. In 2011, he toured extensively across Australia, Canada, and the United States. As a classically trained pianist, his penchant for melody naturally infiltrates his controlled electronic compositions to create something authentically cybernetic. He's an architect of sound, creating towering multilayered sonic sculptures of deep intricacy and complexity. Whether expressing the warmth of the heart through lush chords and melodies, or engaging extraterrestrial aliens through twisted granular tractor-beams, James Watts is committed to sharing music with the world, and beyond.

His 2012 album 'Acceptitude' is described by To Eleven as "symphonic with the sonic development and richnessthe experimentalism evenof the classical composers." KiloWatts has worked with some truly great minds, including Bluetech, Bil Bless, Tanner Ross, Peter Van Ewijk, and labels Native State Records, Mothership, Dependent, Harmonious Discord, and Thoughtless Music. 2011 included releases on the Canadian Thoughtless Music label, and Austin-based Harmonious Discord. His project titled Invisible Allies is a collaboration with Bluetech, exploring futuristic spacefunk, textural ambient, odd time signatures, complex harmonic developments, detailed digitalia and a sublime sense of the exotic. When listening to the music of KiloWatts, close your eyes, open the theater of your mind, and watch the story unfold.

check out a video:  http://youtu.be/TCdt317YVxQ

Skytree, aka Evan Snyder, started recording music at the age of 15, after the loan of a beaten Tascam tape deck cracked open the world of multi-track recording. Rough mix tapes followed, looping degraded swatches of guitar and keys over cheap drum machines. The Skytree name found its way onto mixes by accident initially, suggesting a sound both old and new, rooted in the Earth and branching into the cosmos.

Since 2005, Skytree has appeared on several EPs and albums through several labels,

Skytree released a new album titled "Crystal Consciousness" on 11.11.11, the success of which caused him to pull up roots in the woods of Wisconsin and embark on national tour for all of 2012. Since then, he has released a new EP on 10.11.12, and is putting together the last touches on a remix album for 12.12.12.

check out a video:  http://youtu.be/mdfRbCnKpP8

Imperial Blend is a four piece rock group based in Greensboro, North Carolina. Heavy on ambience and sonic textures, their recorded tracks are very subtle. Soft guitar playing against tantalizing keyboards and tempered percussion riddle their music. Self described as an electronic band, they blend forms of rock, jazz, hip hop, dance, trance, funk, and all sorts of electronic music. Comprised of brothers Chris (guitar) and Dave Teague (drums), Ethan Riffe (bass), and Brennan Fowler (keyboards). Since playing their first show in late March 2011, they have gained a steady following and a lot of love.

check out a video:  http://youtu.be/DEosmLewRxo

THIS SHOW IS BROUGHT TO YOU BY GENIASS PRODUCTIONS