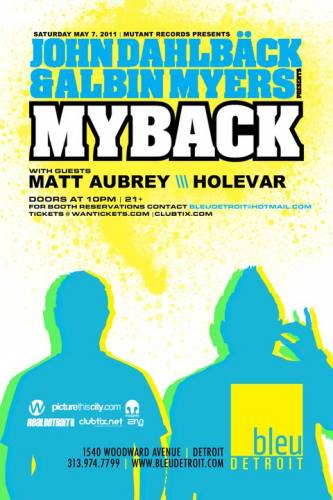 Born in Stockholm, Sweden 1985. Both his mother and father are musicians, and almost everyone in his family is too, which probably explains his prodigious output.

Dalhback first got in touch with house music through his cousin Jesper Dahlbäck. His first track was released by Pawel Kobak's label Route 33 and his first 12" came out on the Chicago-based label Deep4life. John has since then released records on some of the most respected labels around the globe including Turbo, Joia, Silverplanet, Underwater, Systematic, Brique Rouge among others. John also runs three labels himself: Pickadoll, Dahlbäck Recordings and Jackmoves.