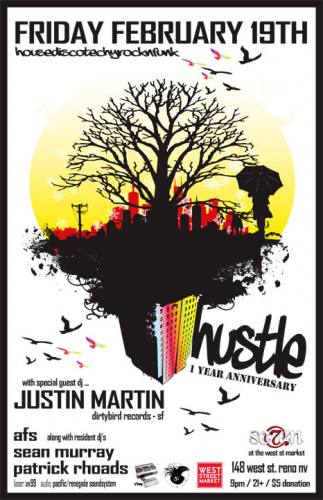 We would like to welcome our friend and super special guest dj...in his first Reno Appearance to help us celebrate 1 year of HUSTLIN!
JUSTIN MARTIN
of dirtybird records -SF
Feeding off the energy of the San Francisco underground and mentored by fellow super producer Claude Vonstroke, Justin was intrinsically involved with the development of dirtybird records, appearing on its first four releases. Justin was soon ready to take flight, releasing a string of solo EPs which flaunted a very unique sound and garnered still more respect among fellow DJS and heavyweight’s of the scene.
As well as his formidable arsenal of original productions, Justin is now equally known for his collaborations with his brother Christian as The Martin Brothers, producing such hip-hop influenced hits as ‘Stoopit’ and ‘Dum’. Justin has also made his mark remixing such bona fide classics as Radiohead’s ‘Nude’, Marshall Jefferson’s ‘Mushrooms’, and TG’s ‘Revox’, firmly establishing himself as the man to make big tracks even bigger.
Demand for Justin’s skills behind the decks has skyrocketed with his bookings schedule basically crammed to capacity. With bookings confirmed everywhere from Exit Festival (Belgrade), to Sonar (Barcelona) to Panorama Bar (Berlin), Justin’s diary is reading like the dreams of a professional raver. Stateside he continues to be a regular fixture at the dirtybird events in San Francisco and beyond.
“I’m always trying to find music for my DJ sets that rattles sound systems, but still has enough melody and interesting texture to expand your mind even if you’re sitting at home on a snowy or rainy day.”
Alongside dj's:
Jeremy Curl
Sean Murray
Patrick Rhoads
and AFS
Official After party located next door at the 5 star saloon @ 132 west st.
Sound by: pacific-renegade 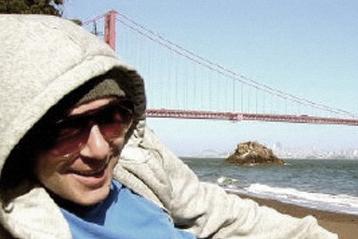