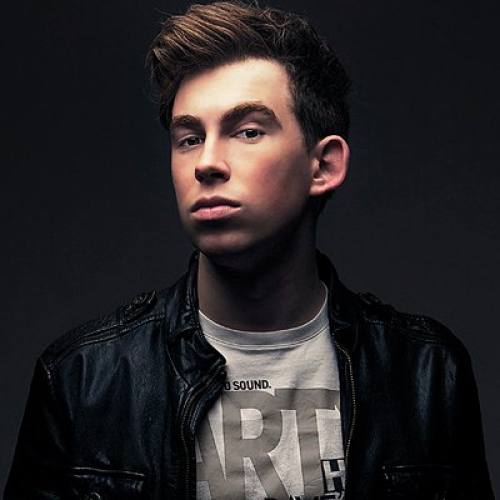 with opening support from

Award-winning DJ, Producer, Label manager, Music Lover and only at the age of 23…Let us present to you: Hardwell!

A boy, who takes his love for house music very serious, is step by step and gradually becoming a leading figure amongst the younger generation of DJs. Though Hardwell could never have dreamed what lay ahead of him when starting his DJ career at the tender age of 13.

For the last couple of years, Hardwell’s overall talent is recognised by the dance music industry as a new, exciting and refreshing take on a scene that continues to evolve and with an apparent everlasting shelf life! If you want to describe Hardwell’s identity and musical development in one phrase then it can be no other than that he’s now arrived in the “Big Room House” sound and has created his very unique trademark as a DJ and producer.

With his “Show Me Love vs. Be” bootleg of Steve Angello and Laidback Luke’s track and Robin S’ classic Hardwell’s International break-through was a fact! That bootleg became one of the biggest and most played dance hits of 2009, In 2010 Hardwell released some highlight worthy tracks such as, “Alright 2010” ft Red Carpet and “Feel so High” ft I-Fan which has been licensed to 10 countries, and also “Molotov” and “Voyage” have had great support from the biggest names in the scene “Move It To The Drum”, a co-production with Chuckie, is likely to be one of the most played underground house records with that infectious lyric!

Behind the decks Hardwell never fails to deliver, his exceptional technical skills, variety of music, distinguished looks and that added personal touch make him stand out, and he’s bringing it to the masses now, with performances all over the world! From Sydney to Miami, Ibiza to London.In the last couple of months Hardwell toured with Tiësto through North America and he made his debut at one of the worlds biggest dance events “Sensation” in Prague!

In 2011 Hardwell continued producing top records such as “Encoded”, a track with a teaser that was viewed over 700.000 times on YouTube, reached the Beatport Top 10 and gained major support amongst the biggest DJs worldwide. And did we mention his collaboration with Tiësto on hit record “Zero 76” in February 2011. This banger went #1 on Beatport and received a great amount of airplay worldwide.

In March this year, Hardwell presented his very own radioshow “Hardwell On Air”, which is broadcasted on Holland’s most favourite Dance station “SLAM!FM” and biggest Satellite station Sirius XM in the US. “Hardwell On Air” will give everyone’s weekend that extra boost, by bringing that trendsetting and original Hardwell sound! Next to Hardwell’s latest floorfillers, the show gives a platform to new DJ talent. Also his own event “Hardwell Presents Revealed” is on its way to set clubs worldwide on fire!

Also 2011’s summer season looks promising; besides the great amount of festivals he will play in The Netherlands, Hardwell will be back in Ibiza for several gigs at Privilege and Amnesia and will he perform at Electric Daisy Carnival Las Vegas, Tomorrowland Belgium, Creamfields UK, Electric Zoo NYC and Techno Parade Paris.

Producer-wise he will continue with a new episode of his new compilation series “Revealed” as a sequel to the success of “Eclectic Beatz”, he will mix the Amnesia Ibiza compilation out in June and follows up with a new track “The World”, that is definitely set for great things!

Do we need to continue?

There’s a new kid on the block, and he’s here to stay.