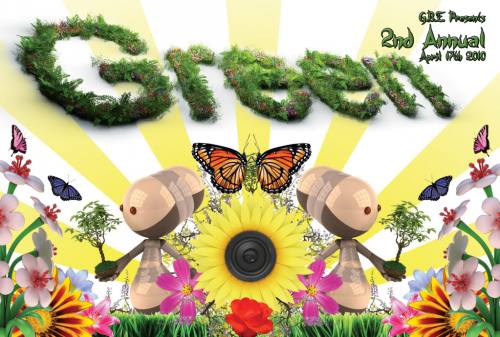 A legend in his own right, DJ Hardware’s career as an international artist spans the scope of two decades. Hardware is a definitive DJ and producer, a tastemaker who has achieved worldwide accolades! His sets combine brilliant searing progressive tribal house with uplifting dirty electro house as he layers his sounds, building the realms of a musical journey that culminates into a total mind and body meltdown!

Hardware, a native of Syracuse, New York began his career spinning hip-hop at a local jaunt called Nowhere City. He then took his unquenchable spirit for music and moved to Boston, Massachusetts where he began to develop his presence, two years later Hardware was voted the City’s best DJ by the Boston Herald. During this time, DJ Hardware expanded his presence on to the Boston club circuit spinning such venues as the Hub Club, Axis, and Venus De Milo playing a variety of musical styles from early house anthems to European acid-house, techno and trance. Having quickly exploded onto the Boston club scene, he began to get bookings worldwide (Canada, Iceland, Germany, The Netherlands, UK, Belgium and France). These bookings gave him both an opportunity and a broad spectrum to playing side by side with some of the greatest DJs in the world including Sven Vath, Derrick May, Richie Hawtin, Josh Wink, Paul Van Dyk, Jon The Dentist, Tony Di Vit, and Carl Cox.

Hardware has also served as A&R Executive Director for New York’s underground dance imprint, Adrenalin Records. During his tenure at Adrenalin Hardware released several mix CDs including the legendary underground hits The Rhythm Chamber and Trance Acid Experience Vol. 2. Following his 2-year stint at Adrenalin Hardware left the company to launch Toxik Recordings, a division of Warlock Records, which was said to be one of the most ingenious and original electronic dance music labels in North America. As founder and Director of A&R, Hardware took Toxik Recordings to uncharted heights. The first groundbreaking release on the Toxik Imprint, Phunky Breaks From The Vault Vol. 1, achieved instant success. His follow up mixed CD; The Mind Controller is still viewed as a genre defining compilation by fans and critics alike.

In the studio, DJ Hardware along with his production partner, DJ Remix, collectively known as Toxik Twins, have created some of the most influential and legendary tracks to come from American producers! Highlights of these works include the remix of DJ Voodoo & Liquid Method, Everybody Thinks I’m High and I Am (The Toxic Tilt- A Whirl Madness Remix) on Streetbeat, the remix of the worldwide classic house anthem I’ll House You which featured a guest appearance by none other than The Jungle Brothers! Highlights of Hardwares solo studio endeavors include 2001s trance hit Static Resistance released on Pure Music and the upcoming progressive stormer Can You Hear Me Now (Pure)!

Following the successful launch of one of the United States leading electronic dance music distributors Hardware World Distribution and the acclaimed imprint Pure Music Hardware returned in 2001 with his next installment of his epic mix CD series, 2001: A New Beginning (P.O.D./Pure Music)! A New Beginning saw Hardware once again push the envelope of where he was taking his listeners as their bodies writhed to a set of mind-bending trance and progressive house!

Once again in 2002 the world was jolted by DJ Hardware once again as he released yet another genre defining compilation! “Let The Drums Speak” is a dance floor masterpiece that denotes a musical voyage into the sounds of progressive tribal house and driving trance anthems. Highlights of “Let The Drums Speak” include club anthems such as Pappa & Gilbey’s “Validate”, Weekend World’s “Round & Round”, Finger Fest Inc. “Auto Porno”, and Subterfuges “Prana” (Gil’s Spiritual Remix). Hardware’s eclectic mix of well known underground progressive anthems combined with previously unreleased and sometimes unavailable tracks create A FLAWLESS SET to include Satoshi Tomiie’s forward thinking remix of Urban Dwellers “Loverman”, Blackwatch’s stunning remixes of Powerplant’s “With Or With Out You” and Dallas Kiss’s “Revelation”, Kelly D’s progressive stormer “Moonburn”, D. Ramirez’s intense tribal remix of Rock’s “Resistance”, and Headaffect’s tribal twister “Afrochrome” (gentle remix).

In 2003, DJ hardware signs on with the world leading Dance / Electronic music imprint, Moonshine Music, to tear up the decks once again with a eclectic mixture of progressive tribal tech trance sure to have the masses in hysteria on the massive selling series Psychotrance. The Psychotrance series is one of Moonshine’s longest-running compilation brands. Previous Psychotrance DJ’s have included Underworld’s Darren Emerson, SLAM, MR.C and D:Fuse – now DJ Hardware takes the reigns and delivers a perfect mix of progressive trance & house. Twelve Tracks of hard driving progressive beats from the top labels like NRK, Release, Pangea and Pure Music.

In 2006 DJ Hardware set his goals even higher grabbing a hold of the reigns of his Pure Music Label Group and shifting his style towards a mind altering mix of progresso-clash-tech-punk-house funk that is setting the pace for other to follow such as John Digweed, Sasha, Steve Lawler, Danny Howells, Anthony Pappa, Richie Hawtin, and Steve Bug and hard relentless progressive tribal house that drops like a bomb on the dance floor.

After a 3-year hiatus of releasing a mix CD compilation, the highly anticipated return of DJ hardware is here. Made / Regress Records in conjunction with Pure Music Label Group brings you "DJ HARDWARE TRIBALISM V.1!! Hardware delivers a mind-altering relentless mix of tribal mayhem including such smash his from Iio, After Touch, The Southern Brothers, Austin Leeds, Frank Bailey, Jimmy James, Marcel Castelli and many others.

Now for 2007, returning from a relentless touring of the globe in support of Tribalism V.1, DJ Hardware returns with his second installment to the Tribalism series. Tribalism V.2 has Hardware teaming up with South Americas master of the progressive tribal house sound, Uruguays Marcelo Castelli. With over a decade and a half under his belt of DJing around the globe and over 100 original tracks to his name, Castelli is hailed as South Americas maestro of the tribal sound. Tribalism V.2 is a double CD set with over two hours of mind bending, hair raising, spine twisting tribal beats with enough energy to send the space shuttle to the moon and back in just one play! DJ Hardware Meets Marcelo Castelli – Tribalism V.2, is the definitive tribal mix compilation.

Hardware also jumped back into the studio full throttle in 2007 with a slough of original productions and remixes. Some of the more notable productions are his and partner Alexander Orue (O Recordings) remix of the mega dance hit Rapture 2007 by Iio (Made Recordings), which jumped to Number 3 on the Billboard Dance Chart. In addition, his original productions Lets Get Twisted and his remake of the SOS Bands Just Be Good To me is gaining international success.

In 2008 Hardware started his ReVamp Series which cover remixes of classic rock, dance and 80s exclusive remixes which he drops his residency at Monarch Lounge inside the exclusive socialite spot Hotel Zaza. A Complete ReVamp full length CD Compilation is to be released summer 2008.

Hardwares musical taste landmarks the revolutionary sound that is sweeping the club scene around the globe. Prepare yourself for the raw dirty sounds of massive bass lines and raw drums and enjoy!