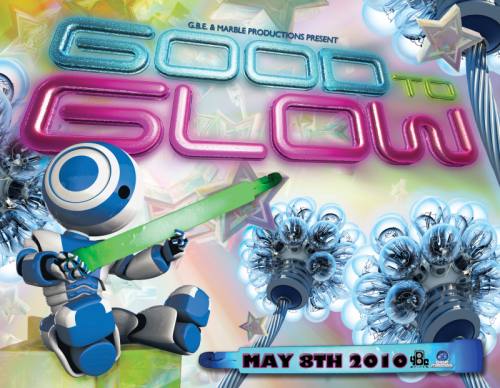 What: Good to Glow

Since the summer of 2006, Le Castle Vania has toured nonstop, taking his catchy electro dance beats on the road. He blurs the lines between cultures and cliques, from Mexico City to London Town, with his own signatory sound. He has DJed along side some of today’s hottest acts, such as Justice, MSTRKRFT, Simian Mobile Disco, Busy P, Uffie & Feadz, Kavinsky, Soulwax, Surkin, Para One, The Presets, Steve Aoki and Crystal Castles. However, Dylan prides himself on more than simply pushing vinyl for the masses. He’s also an avid producer and engineer; when not on the road he’s locked in the studio writing tracks from scratch and remixing his favorite bands. The attention he received from his remix of “Black Eyes” by Indie darlings Snowden (Jade Tree Records), quickly put Dylan on the map, the track continues to rock dance floors worldwide.

URB Magazine included Le Castle Vania in their Next 100 for 2008, NYLON and Jane Magazine absolutely demand he play at their events. Fader, Flavorpill and BigStereo have all “raved” about his remixes. It’s clear this is a talent not to be dismissed, for Le Castle Vania is sure to be on the tip of everyone’s tongue and his sounds to be banging in everyone’s heads throughout 2008.

His most recent creative endeavor is one part musical production, one part DJ performance, one part Blake Miller of Moving Units/Weird Science notoriety, and numerous parts of innovation…namely Lies In Disguise. After finding a home at So Sweet Records and cranking out some original tracks and remixes for Partyshank and Toxic Avenger, these two have gained notoriety as the up-and-comers to keep your eye on. They are currently working on remixes for Shinichi Osawa and Late of the Pier and are gearing up for a DJ tour to Mexico and Europe.

-From the globally influential Southern California dance music scene, Simply Jeff, has emerged as one of it’s most recognized and respected leaders. Strongly rooted in the scene with America's first Electronic Dance Music Station known as Mars FM in 1991. Simply Jeff's experience goes back to headlining clubs, concerts & festivals since 1985. By 1993 Jeff made his way as a record label head with labels Orbit Transmission and Phonomental.

Now in 2009, Jeff is putting his energy into his new Fidget Electro House label, Beyond Zilla Records. As a music producer in the industry, Jeff is recognized for his critically acclaimed original productions as well as collaborations with top DJs & producers in the industry. Jeff’s appeal has even branched out into other genres, working with the likes of Afrika Bambaataa, Bones Thugs and Harmony, Shannon, Stacey Q, Snoop Dog to Andrew Dice Clay. Simply Jeff has also appeared in several films, documentaries and national television broadcasts including G4 & MTV.

With his vast knowledge & love of the music and industry, Jeff has also given rise to DJ Culture (www.djculture.com), one of the most respected DJ stores in the United States dedicated to "Electronic Dance Music Culture". From his home in California to dance music hot spots across the globe, Simply Jeff will forever be advancing his style through his DJ sets, his original music production and his pure love of dance music

No face vs Rustik

-DJ Micro is one of the US's premiere dance music producer/DJ/remixers. With over thirteen years behind the turntables, Micro's ability to whip dance floors into a frenzy has made him a clubbing sensation. Starting out in the early nineties along side such East Coast luminaries as Frankie Bones, Adam X and Onionz, Micro helped to put the New York underground on the global dance map with his energetic fusion of styles; his live sets described by XLR8R as "unleashing a groove too thick to mention" and by URB as "spiced with rippling acid melodies and plenty of surging drumrolls."

Micro's thirst for new sounds and DIY ethic led him to form the seminal dance label Caffeine, which spawned the longtime East Coast clubbing institution of the same name, where, as resident and main man, Micro rocked capacity crowds week after week. As a natural progression from his success as a DJ, label owner and promoter, Micro began creating his own music. In 1994 he joined with Vicious Vic under the moniker Progression. The duo became overnight heroes in the international dance scene following the release of their massive debut single Reach Further. They were soon commissioned to remix artists from Paradise 3001 and Joe T. Vanelli to Masters at Work, and the X Files theme.

Following on heels of Progression, Micro went on to produce a string of successive hits for respected dance labels Ministry of Sound, Strictly Rhythm, Nervous/Sorted, Adrenalin, Moonshine, and Black Sunshine. With Micro's visibility and reputation continuing to grow, he began performing at clubs and raves worldwide, including tours of the US, Japan, England, Canada and Brazil.

In addition to his original productions and remixes, Micro has released some of the biggest selling mix CD compilations in America, including: 'Coast to Coast', 'Micro Tech Mix, 'Micro Tech Mix version 2.0', 'Techmix 2000', djmixed.com/micro, Techmix Live, Music Through Me, and My Frequency 001.

-500 Free Glowsticks To Be Given Away!