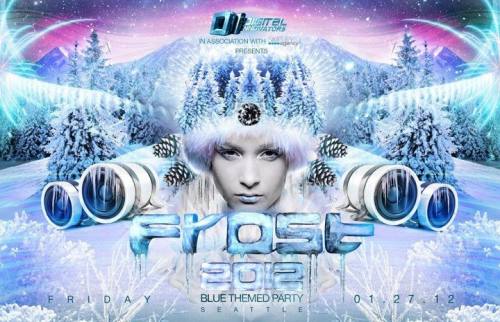 Last year was so incredible we can't wait any longer before announcing this one =) Stay tuned for some MASSIVE announcements =) If you weren't at one of our favorite shows for 2011 then just wait!!!

SHOWTEK have always been instigators of musical debauchery, the brothers that hit hard and clean. Their first album, 2007's "Today is Tomorrow" launched the duo into the forefront of the hard dance scene, and cemented their status as the worlds most innovative within the genre.

Relentless touring followed as the brothers continued to refine their sound and live shows and released their second award winning album in 2009. Sell out appearances in the US, Holland and Europe began catching the attention of the worldwide EDM community, and it wasn't long before SHOWTEKS true brilliance was revealed and they start touring intense around the world which has proven their sound and live shows are second to none.

In support of their Ministry of Sound (2010) double compilation album entitled "Fuck the System", a DJ/Live performance, in-sync visuals paired with a live singer and jaw-dropping special effects is what set them on the highest level of performing artists. Unlimited Productions (also the tour production company behind Tiesto and Ferry Corsten to name but a few) take this extreme live show to the stadium level and will undoubtedly catapult this already successful duo into superstardom. The FTS tour is already one of the most talked about EDM experiences to date. With shows coming up in all corners of the globe, their sold out solo FTS event at Glasgow's 02 Arena is already legendary.

The duo has been slammed with accolades from the word go. They became the first act in their genre to record a BBC Radio 1 Essential Mix; they received many awards, including 'Hold Us Back' being awarded The Beatport Award for 'Best Selling Hard Dance Track of 2008'. One year after Showtek stunned all their opponents and won every award in their category; 'Best Track', 'Best DJ', 'Best Album', 'Best producer' and 'Best Compilation'. Showtek's massive track 'Raver' was featured on the soundtrack of the international blockbuster 'Bruno', the Sacha Baron Cohen movie. In the following year they where asked to host their own stage at huge European festivals like; Dance Valley (Netherlands) Electrocity and performed on Creamfields UK and even stopped by on Ibiza for Judgement Sundays.

It's fair to say that Showtek has been taking over the world of late, having recently debuted in the prestigious DJ Mag Top 100 poll. The brothers have been one of the most talked about music groups in the EDM world, with a buzz around them that's reaching a fever pitch when rumors get confirmed when was announced they will perform on the same stage with Canada's favourite son, Deadmau5 for one monumental New Years Eve party. High profile festivals across the world are now cueing to book them on their 2011 stages.

Very few artists in any genre ever reach the pinnacle of success that Showtek already have accomplished. But for these dynamic brothers from Eindhoven, this is truly just the tip of the iceberg.


"World dominators in each and every way! Globally they sell out big shows on all continents  They are true global ambassadors".
Tillate Magazine

"They took numerous Hard Dance awards, had their track featured in the film Brüno and got play on MTV's Dance channel in Holland. Harddance duo Showtek, aká Dutch brothers Wouter and Sjoerd Janssen, has had a phenomenal year".
Mixmag

"If the prodigy made Hardstyle, it would probably sound something like Showtek's album, Analogue Players In A Digital World! DJ Mag

Over the past 12 months, Showtek have exploded within the hard styles, from headlining the biggest festivals to picking up many awards, to selling out their debut 5000 capacity show in America! They're kind of a big deal! BBC Radio 1

Rinsed heavily by Rusko, Reid Speed, SLUGGO, CALVERTRON and more, their Debut EP "The Wrestler" [Ultragore] made home to Beatport's Dubstep Top 100 Chart with the title single in the Top 10 for 3 weeks.

The next releases "Hostages" [Ultragore] (collab with SLUGGO) and their freely available "Dramatron", "Beat Down" [Squitty Bubbler], along with the classic "Whistle Tips" [Dubsaw] (collab with Point.blank) have each received similar fanfare and critical acclaim, and have helped them earn the incredible support of the powerful Dubstep blogosphere.

Forthcoming releases on Play Me and Ultragore have these boys primed for bass music domination. Expect to see collaborations with Calvertron, Boy Kid Cloud, Mark Instinct, SLUGGO, Hulk, and others as well as an original EP and more free releases =)

DRIVEPILOT is the solo project of Canadian born musician/producer Nick Edwards. Currently based out of Portland, Oregon USA, Nick/Drivepilot has cemented his position in the modern EDM scene with 4 EP record releases and more than 20 remixes in the last year and a half in his distinctive style that fuses Electro and Dubstep with a heavy Rock backbone.

Drivepilot songs are staples in DJ/Artist sets and mixes around the world, and have already been featured in hundreds of mixtapes and electronic music blogs. Drivepilot has enjoyed chart success and features on Beatport, is a constant fixture in the Hot 10 tracks on Soundcloud, and between Soundcloud & Youtube has well over a million plays/views. Drivepilot has rocked clubs from North America to Europe and Australia

Portland's Mitchell Hanson aka DJ Vize is the Pacific NW's top breakbeat artist, and one of the top figures pushing the sound in US today.

As a DJ and live keyboard player, he's one of the West Coast's top exports. He's appeared on radio shows worldwide, and at venues from Vancouver BC to Las Vegas to Texas to Pittsburgh to Florida and a wide variety of places in-between - including stadium massives, clubs and even national festivals like SXSW. 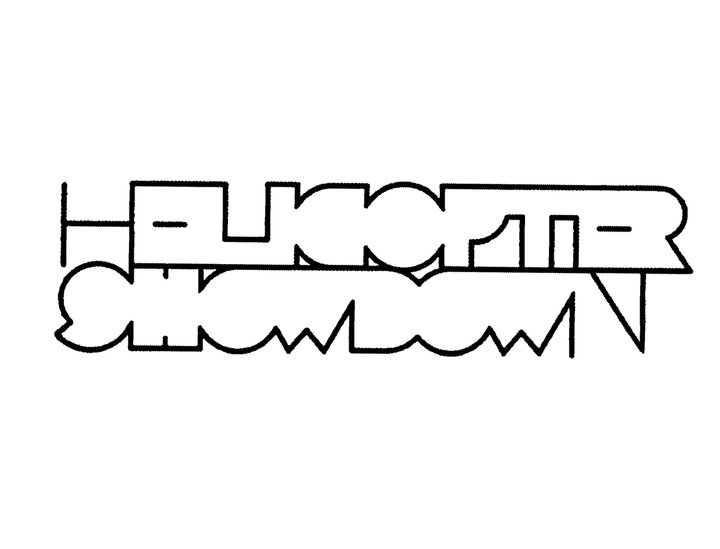 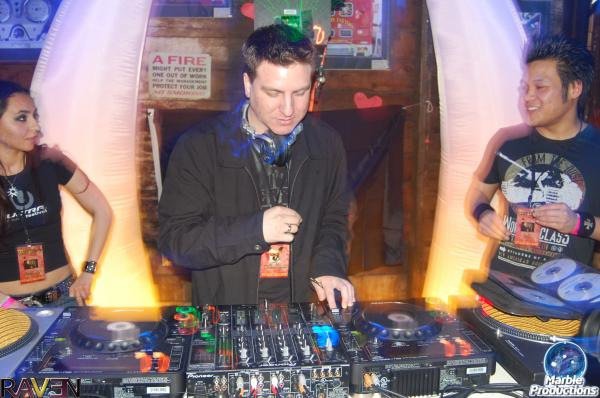