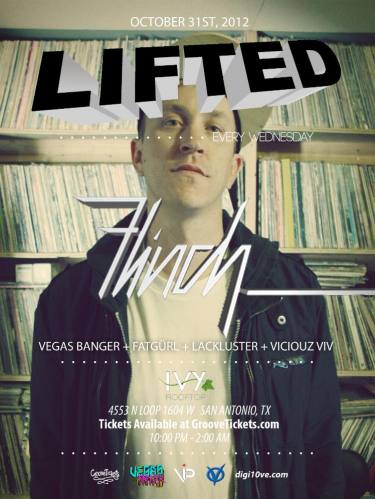 Adam Glassco (a.k.a. Flinch), has been in the studio lately cooking up a lot of hot and heavy bass music. Producing since 2000, Flinch got his start in the Drum and Bass scene. Experimenting with different sounds over the years, Flinch ended up co-founding an electro group called True Pseudo in 2007. Flinch currently produces dubstep and pretty much anything with a sick bassline and a fat beat.

Currently Flinch has been DJing around the States and gaining some heavy weight recognition from LA to NYC. You can expect to hear more collaborations with 12th Planet including a remix for house legend DJ Sneek for SCION A/V, as well as some fresh and original Flinch releases this summer on Trouble&Bass, SMOG, Party Like Us and Play Me.