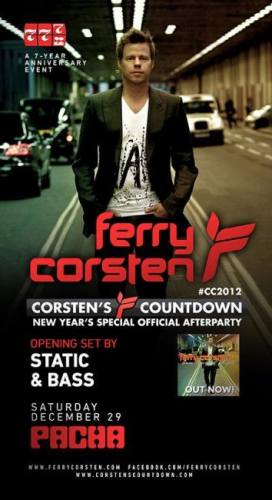 Along with Opening set by:

Trance superstar Ferry Corsten is the kind of international DJ that legends are made of. After recording the New Years Eve edition of Corsten's Countdown, Ferry will be visiting Pacha NYC for the official afterparty, where he'll be sure to take the sophisticated fusion trance and house as well as banging elements of his latest album "Once Upon A Night Vol. 3" to the extremes.