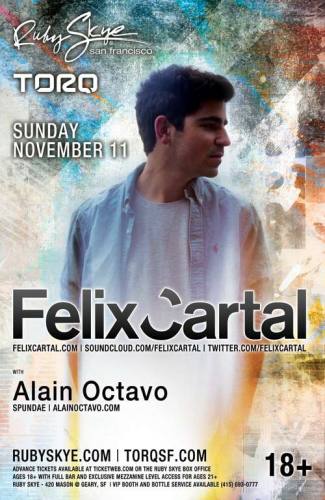 Taelor Deitcher, better known by his stage name, Felix Cartal, is a Canadian electronic music producer and DJ. He released his first EP Skeleton in 2009 once he signed with Dim Mak Records. Since then he has gone on to release two full length albums, 2010’s Popular Music and 2012's Different Faces and tour around the world with Wolfgang Gartner, MSTRKRFT, and Bloody Beetroots. Cartal set the trend of collaborating with unpredictable vocalists in the dance scene such as Sebastien Grainger of Death from Above 1979, Maja Ivarsson of The Sounds and Johnny Whitney of The Blood Brothers.

In March 2011, Cartal’s fifth EP The Joker was released. The song initially was not going to be released and was created in just one day and was going to be kept just for Cartal to play during his live sets. It ended up being very successful and found its way to being played in the live sets by artists all over the scene, notably by electronic powerhouses Benny Benassi, Laidback Luke and Diplo, transcending across all scenes of dance music. Another EP was made entitled The Jokers Remixes, which featured John Dahlback and Clouds. After extensive touring, Cartal started working on his sophomore album which blended several guest vocalists and focused more on catchy melodies, yet still retained his trademark aggressive sound. Different Faces came out on March 27, 2012, and featured the singles Dont Turn On The Lights featuring Polina, Domo, Black To White featuring Miss Palmer, and H.U.N.T featuring Sebastien Grainger. Different Faces debuted on the iTunes Top 10 Electronic charts in North America. Continuing in his success, Cartal started a biweekly podcast entitled 'The Weekend Workout' which is a one hour mix showcasing new electronic dance music including unreleased Cartal tracks. Starting in June 2012, it became a weekly mix broadcasted worldwide on SiriusXM and available for free download on iTunes and Soundcloud. On July 25, 2012, a music video for Higher featuring New Ivory, was released online. On August 14, 2012 Cartal released the final single for Different Faces, Tonight featuring Maja Ivarsson of The Sounds, accompanied by an EP featuring remixes by Autoerotique, Botnek and others. 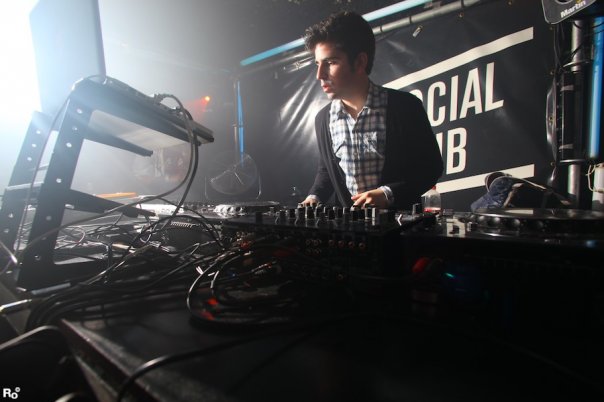