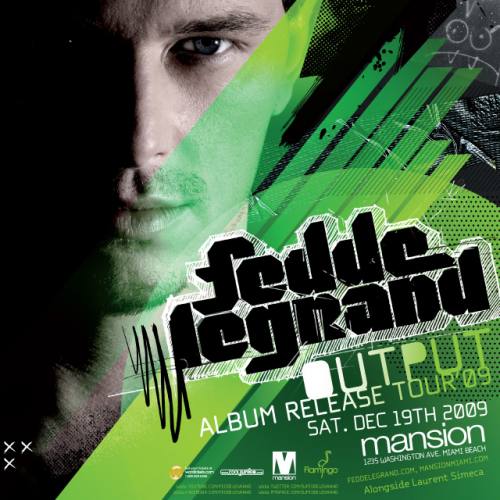 Fedde le Grand stands on the edge of global superstardom. Behind him lies a glittering career that includes worldwide number ones, packed arenas, throbbing dance floors, A-list collaborations and a raft of international awards. Just ahead – his first studio album called ‘Output’. It could be said that Fedde came out of nowhere, riding off the success of a hit record. Well, let’s set that record straight – you couldn’t get further away from the truth. The truth is that his parties had been rocking the Netherlands since 2001; his label Flamingo Recordings has been pushing its unique sound since 2004; and then in 2006 Put your hands up for Detroit happened.
Mansion & Fedde Le Grand are giving you the chance to win a pair of tickets to the hottest club night of the year! All you have to do is join Fedde's community on www.feddelegrand.com then when you receive your confirmation email send that tm1@theopiumgroup.com.