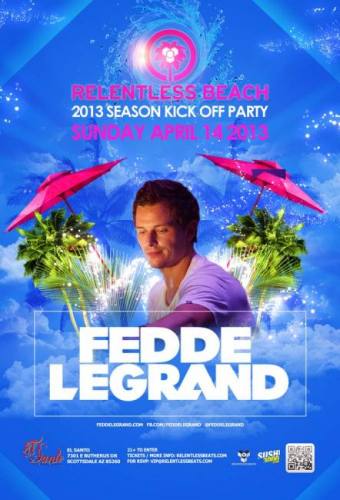 Fedde has proven that he belongs to the best DJ’s with his outstanding mixing skills to match his musical releases. His energetic performances are the stuff turntable legends are made of, his deft and devastating action behind the decks often flooring observers as he moves at lightening pace; twisting this sound, dropping that beat, chopping and changing between tracks until the dance floor is throbbing to his ministrations. Fedde le Grand is titanic in the DJ booth, as the biggest clubs and festivals the world over pay testament to time and time again