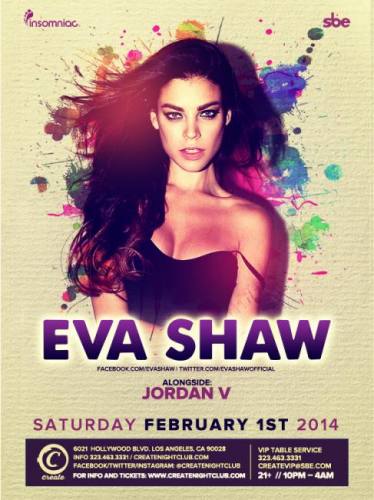 The past year has been one of rapid success for Eva Shaw in the world of dance music. Beginning as a DJ in New York City, she developed a fan base quickly and was quickly playing some of the top nightclubs of NYC. Now expanded all over North America, she's played at premier venues and festivals while working on her original productions including  "Charizma" on Calvin Harris's label Fly Eye. Make sure to catch her heavy drops and bass driven sound as we kick off February at Create!
About | Advertise | Contact | FAQs | Terms of Use | Privacy Policy © 2020 - TheUntz.com. All rights reserved.