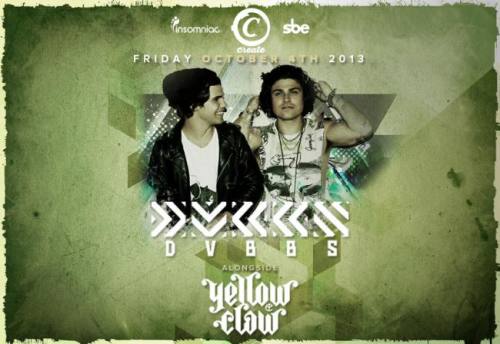 What: DVBBS and Yellow Claw at Create

Following a meteoric rise on the charts with this summer's 'Tsunami', the Toronto duo is set to make waves on festival stages worldwide. With impeccable sets and top-shelf remixes, DVBBS' sets are a spectacle to behold! They join Yellow Claw - the party of the 21th century. In a time where boundaries has faded and crossover is the most common word in music, The Claws mix up every genre which is within a sense of playing. Don't miss the dynamic forces of DVBBS + Yellow Claw!
About | Advertise | Contact | FAQs | Terms of Use | Privacy Policy © 2020 - TheUntz.com. All rights reserved.