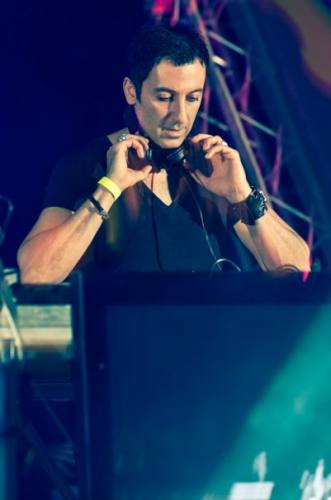 
Vessel, Sci+Tec & BASE are extremely excited to present one of the biggest names in Electronic Music history


There are few artists that can lay claim to conquering the underground as well as the mainstream, yet Ali ‘Dubfire' Shirazinia has managed to dominate both. In fact, he's setting the musical agenda for others to follow in his footsteps.


As one-half of the legendary electronic partnership, Deep Dish, Dubfire has won Grammys, released hit singles, remixed music's biggest names and rocked the world's most respected venues. Their last album, 2005's ‘George is On', catapulted their name into the mainstream charts and saw the duo crisscross the globe. The album peaked at 3 in Billboard's Electronic Album Chart.


Scaling the dizzy heights of dance music left both Dubfire and his partner, Sharam Tayebi, wanting a creative break to pursue solo projects and express themselves in new ways, but no one was quite prepared for what Dubfire did next.


In keeping with his obsessive love of music -- spanning punk, industrial/new wave, jazz, dub, hip-hop, house and techno -- Dubfire set out to push the musical boundaries and challenge the dance scene's preconceptions by going back to his roots. His release ‘I Feel Speed' illustrated his new sound with a nod to his influences and saw him step up to the microphone for vocal duties, setting the bar for what was to be a huge year in his career.


As tracks such as ‘Roadkill' and ‘Ribcage' were released, an avalanche of accolades emerged, including an invitation to mix the covermount CD for Mixmag, front covers of Raveline and DJ Magazine, an Essential Mix for the UK's Radio 1, and glowing write-ups from Beatportal to Resident Advisor. The praise was universal.


With a barrage of remixes and productions on respected labels (including Cocoon, Get Physical, Minus, and Rekkids) earning him acclaim from his DJ and producer peers, Dubfire shocked and inspired the industry in one masterstroke!


In 2007, Dubfire took another huge step forward with the launch of his label, Science + Technology Digital Audio (SCI+TEC). Initially formed as an exclusively digital label and a vehicle for his own productions, the label won fans around the world and now releases in all formats from a range of breaking new artists including Delete, Paul Ritch, Rocha & Lewinger and The Dolphins -- as well as the man himself.


As 2008 got underway, Dubfire was heralded as the most forward-thinking artist, featured twice in the Top 10 of the ‘100 Most Charted Records of 2007' on Resident Advisor and winning Best Techno and Best Minimal Artist at the Beatport Awards.


With new production partnerships in the works alongside Oliver Huntemann, forthcoming productions and remixes with notable techno tastemakers and upcoming SCI+TEC showcases in London, Tokyo and New York, Dubfire is once again breaking new ground and moving the scene forward -- while keeping a steady grasp of his ‘punk ethic'!