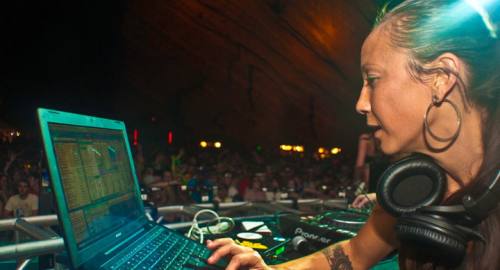 While 2010 appeared to be a quiet year for DubConscious, the experience of those involved was quite the opposite. Although DubConscious had previously been identified as a full time touring band, 2010 marked the first year in many that the band decided to take some time away from the road. The decision was a collision of simultaneous events ranging from, amongst many, the birth of keyboardist/vocalist Jerry Hendelberg's beautiful girl, Isabella Rose, to the loss of Dubconscious' original bassist & vocalist Solomon Wright. While the spectrum of events was wide, as life goes, all things have happened for a reason. DubConscious' most recent member, Matt Gregg, (aka. Matty G.) has breathed new life into the entity with his abilities as a producer, musician, & friend. This new energy brought with it the ability for the band to produce music & live shows that continually grow & improve. Dubconscious plans to release it's latest EP in 2011, an album representing where the band has been musically this past year and foreshadowing what's to come.

This year is poised to be one of DubConscious' most exciting to date. The band is bursting forth with creativity, positivity, & life experience that will surely yield a bounty of music, love, & hope for all... Thank each and every one of you for your continued support.

Ana Sia's love of electronic music combined with an innate understanding of the value of dance to the human soul collectively fuse to create unforgettable sets of experience, whether she is slamming spots in her hometown of San Francisco or taking her turn in the forests of music festivals around the country.

Ana's energetic delivery of brain-fazing beats has earned the Princess Slay-ah an important spot in pioneering the West Coast future sound movement. She will take you on a musical expedition into the deepest reaches of your brain, as she masterfully blends a wide spectrum of rhythms with a beautiful fluidity and a delicate sensibility, giving the dance floor a delightful ride that ends at the corner of bliss and oblivion.

Uniting the best elements of dirty dubstep, grimy glitch, and her personalized blend of "global slut psy-hop," Ana Sia's sets confirm crunk status of all who dare enter into her seamless world of sound.