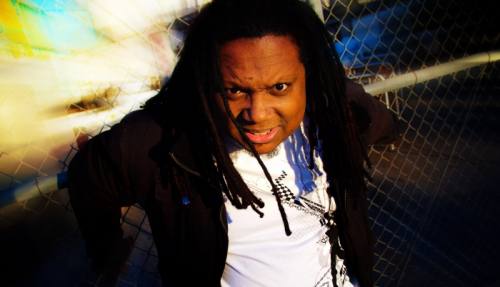 What: Donald Glaude @ The Lizard Lounge

...Donald Glaude- San diego, CA
Confident. Exuberant. Raw. Innovative. These are just a few of the words industry insiders and fans have used to describe the talent behind one of America’s favorite house DJs, Donald Glaude. Ranked #68 on DJMag.com’s Top 100 DJs List in 2005, Donald skyrocketed to #48 this year and his genius keeps on growing…

Born in Tacoma, Washington, Donald’s love for music began at an early age. Originally a disciplined student of classical music, he was well-versed in the upright bass and violin. Any aspirations Donald had to continue in the classical vein vanished once he heard his first house record. With an ear for blending music already under his belt, and a love for the energy and soul of musical prodigies like George Clinton and Funkadelic, Donald began to amass a collection of house records which he taught himself to mix with a pair of mismatched turntables and a Radio Shack mixer.

Some DJs seek commercial acceptance. Donald, on the other hand, has always preferred an emotional connection with his audience. For Donald, house music is not simply a mixed bag of sound, but rather an experience that provokes the soul. Apart from his mastery on the decks, Donald is best known for his dynamic showmanship. He enjoys his music as much as his audience does. Embracing their energy, it is not uncommon to find Donald pumping his hands in the air, jumping up and down and shouting back his love to the crowd. It is this powerful signature style which has led fellow DJ and musical producer, Dave Aude, to call Donald the “James Brown of DJs.” Donald also caused some stir in 2005 and 2006 with his residency at ICE Nightclub in Las Vegas.

Donald’s uncompromising style and innovation show no sign of slowing down any time soon. With the credit of 5 full-length CDs and numerous remixes under his belt, Donald has focused much of his time to production work. Producing such dance floor hits as “Get Up” and “Soul Cha Cha”. As such, Donald has launched two record labels in which are causing rumblings in the industry. Eden Recordings, started with fellow DJ Rick V, and Durty Records, a collaboration with good friend Vince Lombardi.

Legendary for his role in the birth of the electronic music scene in the Baltimore / Washington DC area, Charles Feelgood has built a reputation as a DJ in the international dance community through his ingenious remix skills and a dynamic brand of disco, electro, and tech house. Cultivating a fascination with music since childhood, Charles grew up listening to Motown, disco and funk, genres that heavily influenced his personal style as an artist. An Integral part of the Baltimore/DC scene, Charles if often credited with helping put the scene on the house music map. In 1992 he joined forces with fellow DJ Scott Henry to launch Fever, a club event that introduced the sounds of electronic music to his hometown. The first event of its kind in that region, the night exploded in popularity almost immediately, attracting upwards of 2,500 people. Featuring such top-notch, internationally renowned talent as Paul Van Dyk,Derrick Carter, and Carl Cox, the biweekly event ran through May 2001. Maintaining a seven-year residency at Fever helped springboard Feelgood's danceable brand of bangin' hard house to widespread exposure across the East Coast. His popularity quickly bloomed thanks in part to his legendary series of mixed tapes, "Time to Get Ill." He soon developed a club-heavy touring schedule that regularly took him to famed clubs such as Avaland,Sound Factory NYC, and Cro Bar, along with numerous other venues on the West Coast, Canada, Europe, Asia and South America. Charles has been busy in the studio this year remixing the likes of Diddy on Interscope, and has recently signed on with the mega EDM label Ultra, his first release being "Hands" Feat Russell Taylor, the first of many Ultra releases to come this 2010!Also check out releases on Beatport.com where Charles has many releases on Labels such as Dj Dan's InStereo and La based duo Coldbank's Burn the fire. Constantly in demand all over the world for his ability to light up dance floors with his sets of tech ,and electro drenched house, Feelgood has received numerous accolades in his fifteen-year career. These include being named Baltimore's Best DJ several years, and being included in Dj magazines top 100 Dj's several years running. Playing gigs from as far away as Russia for the Audi Car Company to working the crowd at 2007's Cochella Festival - Charles will be busy behind the decks for the rest of the 2010 year!


BIG PIMP WILL HAVE CDS, T SHIRTS AND OTHER SHWAG TO GIVE AWAY.

FREE CDS FOR FIRST 50 THRU THE DOOR!! 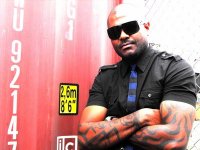