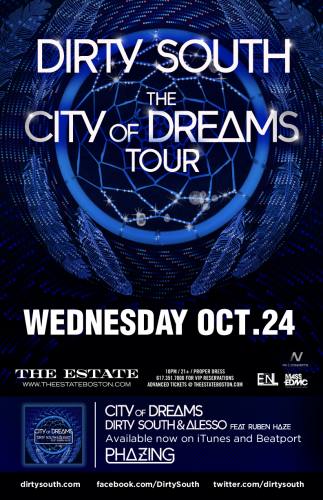 What: Dirty South @ The Estate


Bio: Grammy nominated DJ and Producer, Dirty South will be at The Estate on Wednesday, October 24th for his Boston stop on his City of Dreams tour. Dirty South started early in 2004 when an invasion of his releases and remixes took hold. In 2005 and 2006 Dirty South was nominated for the renowned Australian Music Industry's top accolade, the ARIA awards and in 2007 he took home "Best Producer" at the inthemix top 50 awards. Dirty South has joined forced with some of the best producers in the world to create such anthems as "Open Your Heart" with Axwell and "How Soon Is Now" with David Guetta and Sebastian Ingrosso.


Playing at some of the world's best festivals including Ultra Music Festival, Pacha, Ministry of Sound, Space and many others, Dirty South was named in the DJ MAG Top 100 competition in 2008. Get ready for more to come from Dirty South this October as he plays for you at The Estate…. 'We're Phazing A Million Miles Away!' 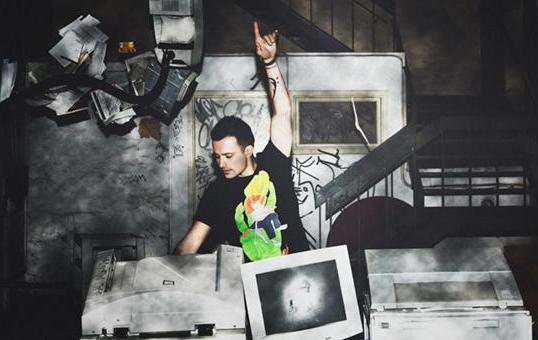