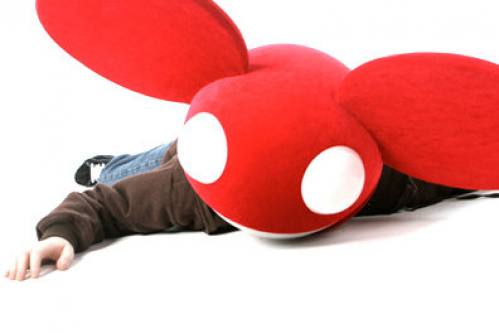 Liquified is pleased to present to you one of the most in demand & unique artist in dance music today, deadmau5. This will be his entire live show featuring the much talked about LED cube and huge LED light show show.

It’s an approach that’s catapulted Deadmau5 into dance music’s A-list. It’s no exaggeration to say that he’s the most exciting name in clubland right now. Over the last three years he’s released a string of club hits, starting with the trance-house hybrid Faxing Berlin in 2006. It was followed last year by the euphoric filtered keys of Ghosts N Stuff, while this year he reached Number 14 with the lush atmospherics of I Remember, his collaboration with American producer Kaskade — the track has now sold over 120,000 copies. This October, Zimmerman releases his new album, For Lack Of A Better Name, which brings together the best of his single releases from the last 12 months. It’s not hard to see why the the pulsing dance groove of Hi Friend! featuring MC Flipside and FML’s military percussion and hard-hitting bass hook continue to fill dancefloors around the globe. The first single will be a new version of Ghost.