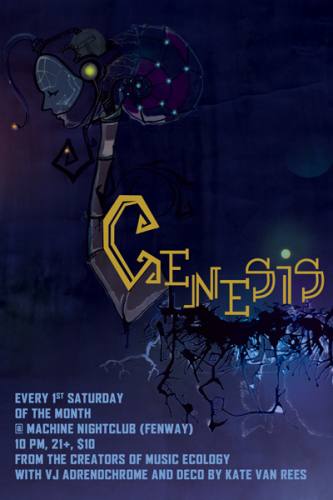 Dave Q founded the seminal New York club night Dub War in 2005 and has continued to lead the charge carving out an ever-growing presence for bass music in New York City. He is responsible for having brought seminal dubstep artists including Kode 9, Mala, Loefah, Skream, Actress, Shackleton, and Ramadanman all for their debut North American shows.His DJ sets explore bass music's evolution into new tempos and textures, incorporating elements of footwork, house, dubstep, and experimental. He is one of the few American DJ's to have played London's legendary DMZ club night, and is a regular performer and curator for both the Deep Space events in New York and the Unsound Festival Bass Mutations nights.DQ also runs the record label The Index with the New York electronic/dub composer Raz Mesinai. It has released music on the experimental fringes of dance music, including tracks by Shackleton, Machinedrum, Headhunter, and Badawi.

Boston expat and Brooklyn transplant MAX PEARL will be coming up from the big city to support the homie Dave Q. Formerly known as Kat Fyte, you may know Max as the founder of Cluster Mag, music journalist by day, DJ and producer by night, mixing up Grime-addled UK shit with Chicago House and Jamaican rhythms. The dude was mixing Dubstep records at the Enormous Room before he was even out of high school, and DJs like Sines in Texas, French Fries in Paris, Traxman in Chicago and @LILINTERNET down in NYC have been supporting his tunes. He will even be lugging a big ass bag of hot wax onto the Bolt Bus for you. You're welcome.

Music Ecology is a Boston based event production collective formed in the summer of 2009. Our weekly Tuesday night residency at Wonder Bar a well as numerous events throughout the city have exposed Boston audiences to numerous local, national and international talent. Our upcoming events include

For this and future events please visit www.musicecologyboston.com/

check out live recordings from our Tuesday nights at soundcloud.com/music-ecology