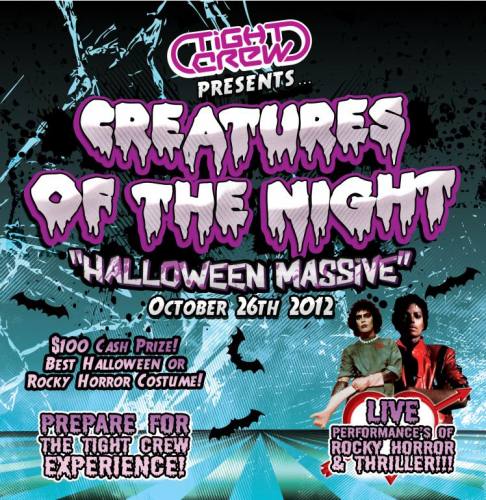 CREATURES OF THE NIGHT 2012

3 Areas of Sound on 3 Floors

Live performances of Rocky Horror and Thriller! by: RKO Army

Over 20 DJ's and live acts from all over New England!

And so much more!

Cameron Edwards and Joe Lenzie aka Sigma, have been making their presence felt on the drum and bass scene since 2007. From early releases on labels such as Charge and Viper Recordings, to the seminal All Blue on Zinc's Bingo imprint (one of DNBA's most downloaded tracks ever), the boys stepped up to the big time with serious dancefloor killers Paint It Black and the anthem El Presidente VIP.

With respect now gained with the scene as producers and highly sought after DJs, Sigma continue working to maximise their profile within the realms of D&B and beyond it. Highlights include their featured minimix for Annie Mac on Radio One, squeezing in 35 tracks in five minutes as well as remix work for artists such as Top Cat on Special Dedication, Ms Dynamite, and grime stalwart Skepta on Rescue Me (300,000 plays and counting). In amongst all the music and DJ gigs the guys found time to start their own label, Life Recordings, with debut release El Presidente VIP/ Something Special going on to be Nu-Urban's highest selling release of 2009. They were also awarded Best Breakthrough DJs at the Drum & Bass Arena awards. A great way to cap off a successful year, and more recognition of Cam and Joe's hard work and dedication to their craft.

With a new decade now here Sigma are intent on leaving their indelible mark etched permanently on the scene. Kicking off 2010 with Shut The Lights Off with Adam F and hip hop legend Redman, this is followed by their debut release for Breakbeat Kaos... The Stand Tall EP. Consisting of four tracks, it's Sigma quality and diversity all the way through. From the dancefloor stylings of Original Sin's remix of Front To Back and brain thumping anthem The Jungle to the more melodic vibes on Baltimore and the vocodered vox on Stronger, The Stand Tall EP covers all bases. Confirmation of this is shown by the fact three of the EPs four tracks feature on the Ministry of Sound compilation CD entitled Mixed.... By DJ Friction, along with Paint It Black VIP. To add to all of this is the exciting collaboration with BBK head honcho and D&B legend DJ Fresh on Cylon. An unadulterated stomper of the highest order, Cylon, supported by the likes of Andy C and Goldie, is the lead track from Fresh's latest long player Kryptonite.

What else to look forward to from Sigma? Well, there's more episodes of their Life Podcasts. Utilising this wide reaching medium as a platform to further showcase their and other artists talents, previous guests include Goldie, Original Sin, DJ Fresh, IC3 and The Nextmen. Also keep an eye out for Sigma's video diary on You Tube.

Zebbler Encanti Experience (AKA “ZEE”) is what happens when Pixel Wizard and Techno Badger meet in the woods and decide to short circuit neural pathways of the nearby mushroom pickers with nothing short of bassquakes (9.0 on the scale of awesome) and complete visual reality replacement (somewhat too awesome and terrifying to be numbered anything in particular).

That historic meeting in the woods is the underpinning of the very garments that ZEE now wear at every event they perform. The mere loosening of a button of their coats' pockets opens up a wormhole of psychedelic visions and sub-sonic rattles. But Zebbler Encanti Experience do more than that. They open their minds fully to each and every dance floor and ask you to Get In There.

Gobby Z has been thrilling raves and clubs as a top DJ and MC for over a decade. By 2003, as Gobstoppa, he was taking bookings across North America, while also holding residencies with two of the continent’s legendary promoters, Hullabaloo! and Goodfellaz. The crown of North America’s top hardcore MC was his until he died a tragic death in 2006. Fortunately for us Gobs rose from the dead to take over the stage as Gobs The Zombie. Since then, no dancefloor has been safe from

his insatiable appetite for bass, beats and brains.

Bronx-born Carlos “Odi” Castillo is not only one of the most highly-respected DJs in the stateside jungle scene, but in great part responsible for its stylistic evolution in NYC. He got his big break after high school, when promoting for the famous mid-90’s NASA rave parties grew into a steady DJing slot. Back then, the 90’s electronica wave was called “breaks” or “techno,” until Odi and some childhood friends who shared a lifestyle, culture and musical interest began pumping out electronic records with their own signature twist. Having grown up on 125th street in Harlem, Odi began to introduce the hip hop elements that helped create and push the jungle sound. It has been the defining style of NYC and the east coast in general since 1997, when the Digital Konfusion crew formed their own eponymous record label and began spinning at NYC’s most dedicated weekly jungle party: Konkrete Jungle.

Eventually Odi caught the ears of TC IZLAM, the international spokesman for the respected Hip Hop society Zulu Nation. He was initiated in 2003, making him the first junglist to enter the organization. Odi and his record label have remained prolific ever since, DJing across the nation and producing for multiple other artists. Odi’s home base is now in North Carolina where he owns and runs a recording studio. 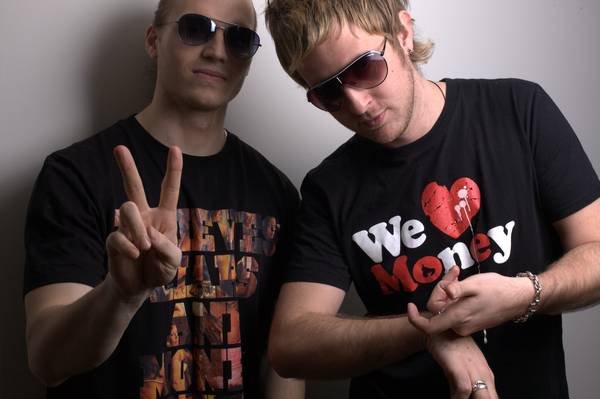