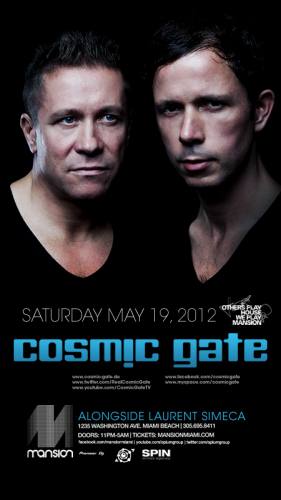 Over 11 boundary-pushing years, Nic Chagall and Bossi have developed Cosmic Gate into one of the most creative and highly-sought-after electronic music acts on the planet. Revered uber-producers, their combined musical acumen has made them evergreen favourites of trance music’s highest echelon. Four hugely-received albums have transported tracks like ‘Not Enough Time’, ‘Body of Conflict’, ‘Analog Feel’, ‘F.A.V.’ and classics including ‘Exploration of Space’ and \'Fire Wire\' onto a now uncountable number of dancefloors. As DJs, the effortless cool of their kinetic, enthralling live sets are seen by hundreds of thousands of club and festival goers annually. Join us as Others Play House, We Play Mansion presents Cosmic Gate at Mansion Nightclub in Miami Beach.