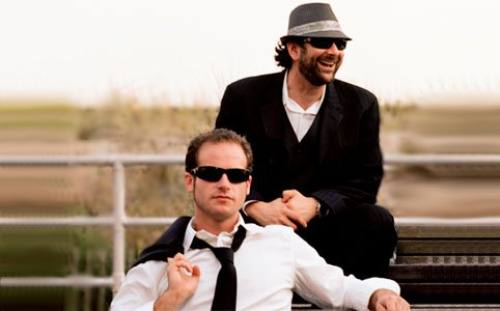 2011 has been a seminal year for Conspirator. Formed in 2004 by Aron Magner and Marc Brownstein (The Disco Biscuits’ keyboardist and bass player) along with New York producer DJ Omen, Conspirator has taken on many forms through the years. With the recent addition of virtuoso guitarist Chris Michetti and stalwart drummers Darren Shearer (the New Deal) and Mike Greenfield (Lotus), Conspirator has reached a new level.


As a full band, the music is hitting new highs, and with the addition of an arsenal of new material, crowds across the nation have begun to catch on. Conspirator can no longer be considered merely a side-project, but must be looked at entirely as its own entity.


Coming off of break-out performances at Ultra Music Festival and Nocturnal Festival, Conspirator has begun to catch the eye of electronic music aficionados everywhere. Refusing to be pigeon-holed into one genre, they explore the many realms of electronic music, effortlessly slipping between house, dub-step, drum and bass, and electro. Check out Conspirator at one of the many festivals they are appearing at this Summer: Electric Forest, Camp Bisco, Liberate Festival, Catskill Chill, and more.