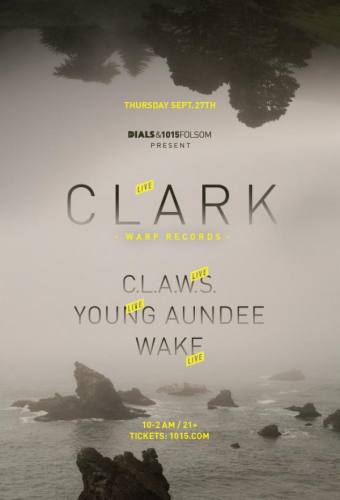 
Mixing computer-generated crunches, pops, and clicks with organic synthesizer tones and heavily processed sounds, U.K. native Chris Clark creates tense electronica that struggles between a sense of natural wonder and exuberance and dark, foreboding undercurrents. Clark, who lived in Bristol and Brighton before settling in Birmingham, debuted on Warp with the wintry Clarence Park, released in May of 2001. Recorded while he was still at university, it was a promising first record, full of cold, terse synths and big beats. The Ceramics Is the Bomb EP followed in May of 2003, but it was on Empty the Bones of You where Clark proved to be one of the most original laptop musicians working. With fully tweaked sounds and disorienting textures overlapping with lulling synths, Clark constructed a buzzing and organic world of sound. Two more full-lengths for Warp -- Body Riddle (2006) and Turning Dragon (2008) -- followed, both of which were preceded by EPs. The next EP to drop is Fantasm Planes on September 9th.